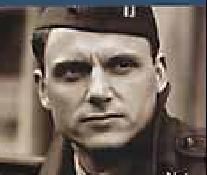 Goldwyn: Educating and Mobilizing Members of the Arts Community

The Party after the Party

Members of the Creative Coalition counseled Thursday night at the ball after the Inauguration Ball, “With so much in this country at stake, now is the time to forget partisan differences and reach across party lines to make a difference during the next four years” said the Hollywood entertainers appearing in Washington, D.C. for President Bush’s Inauguration.

The Creative Coalition is a nonprofit, nonpartisan, social and political advocacy organization comprised of entertainment names and faces. Founded in 1989 by actor Ron Silver, the group is working to educate and mobilizes leaders in the arts community on issues such as First Amendment rights, arts advocacy and public education.

“We work from the center of the aisle and it’s really important to what we do,” actor, director and Creative Coalition co-director Tony Goldwyn (Ghost, The Last Samarai) told party guests before singer Macy Gray took the stage to perform songs of her own as well as The Beatles’ “Come Together.”