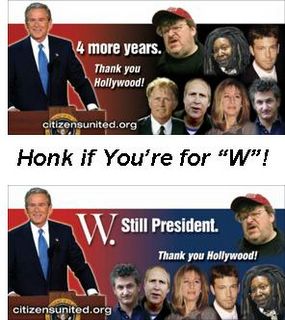 A billboard blitz “thanking” Hollywood for the reelection of President Bush will be unveiled early next week. Billboard creator Citizens United, a group that advocates a return to traditional American values, has purchased the use of three billboards near the Kodak Theatre (home of the Academy Awards) for the month of February, which includes Oscar Night, Sunday, February 27.