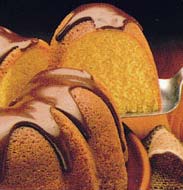 A radio talk show host who called Condoleezza Rice an “Aunt Jemima” issued an apology Friday, but not to Rice.

“It is with a heavy heart that I apologize this morning to Aunt Jemima,” John “Sly” Sylvester said on WTDY-AM in Madison. “She wasn’t a self-serving hack politician who got up in front of Congress and lied. Aunt Jemima didn’t kowtow to Don Rumsfeld or Dick Cheney.”

Sylvester made his comments in conjunction with a giveaway of Aunt Jemima pancake mix and syrup to listeners.

Sylvester, who is white, said he called Rice “Aunt Jemima” on Wednesday’s show to describe her and other black officials as having only a subservient role in the Bush administration. He also referred to Secretary of State Colin Powell as an “Uncle Tom” — a contemptuous term for black people whose behavior toward whites is regarded as fawning or servile.

Sylvester told listeners he would resign if his employer lost advertisers or was hurt by the uproar over his comments.

He said Aunt Jemima was really a “strong, independent black woman” named Nancy Green. Born a slave in Kentucky, Green was hired in the 1890s to advertise the pancake mix.

Obviously, Sylvester is not familiar with the 9-11 Report or the Duelfler Report. These official reports both rebuked Joseph Wilson’s accusations thrown at the White House about the infamous “yellow cake” from Africa. However, I don’t believe that these reports would influence Sylvester. He sounds like the blind idealogue who does not shift positions based on fact.

I think I’ll go now and enjoy a piece of yellow cake!