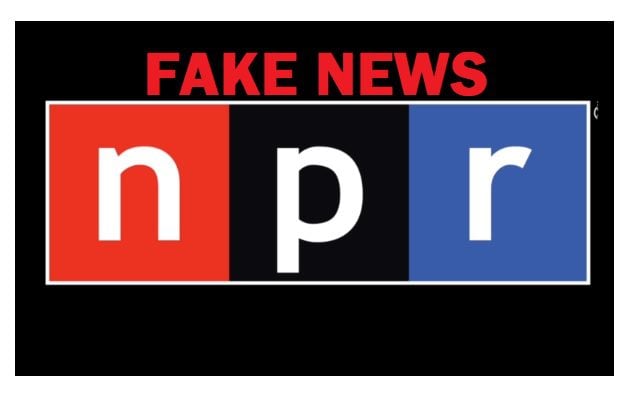 The left-wing media is hurting.

NPR has announced a hiring freeze so that they can avoid layoffs. NPR is going to need to cut at least $10 million in spending NPR chief executive Jon Lansing announced.

A $10 million cut would get them back to a $5.2 million deficit for the year.

NPR will need to cut at least $10 million from the current fiscal year ending next Sept. 30, the network’s chief executive, John Lansing, announced Wednesday, due to a sharp drop in revenue from sponsors.

Lansing told staffers in a memo that he intended to avoid layoffs, but would be forced to severely curtail hiring, amounting to what he described as “close to a total hiring freeze.” The network will also sharply cut back discretionary spending and non-essential travel. The $10 million cut constitutes approximately 3% of NPR’s current annual budget.

“As we did during the pandemic, we are prioritizing our staff and not anticipating layoffs at this time,” Lansing wrote. Yet he noted that he recognized the strain that a near-freeze on hiring would put on NPR’s current journalists and their non-newsroom colleagues.

“It means we won’t have the skills and support of the people who would have been in the roles that must remain vacant,” Lansing wrote. “For those working long and stressful hours, that is not good news. But it is a reality we can’t avoid if we are to save jobs.”

NPR expects to have lost at least $20 million in corporate sponsorships.

The network had expected these sponsorships to be their biggest source of revenue. It was expected to be 42% of NPR’s total income.

NPR’s budget adopted in September anticipated a negligible year-over-year decline in corporate sponsorship revenue. But citing “overall weakness in the advertising industry,” Lansing said the organization now expects a $20 million shortfall in sponsorship revenue for fiscal year 2023. That’s about 15% less than budgeted and about 6% of total projected revenue.

“You have seen the headlines about drastic steps being taken by many commercial media companies to shore up their revenues in the face of a global economic contraction,” Lansing wrote. “Unfortunately, NPR and NPR Member stations are experiencing the effects of those economic challenges as well.”

The network expected corporate sponsorship to be its largest source of revenue this fiscal year, accounting for nearly 42% of income. It budgeted station fees, the next-largest source, to account for about 30% of total revenue.