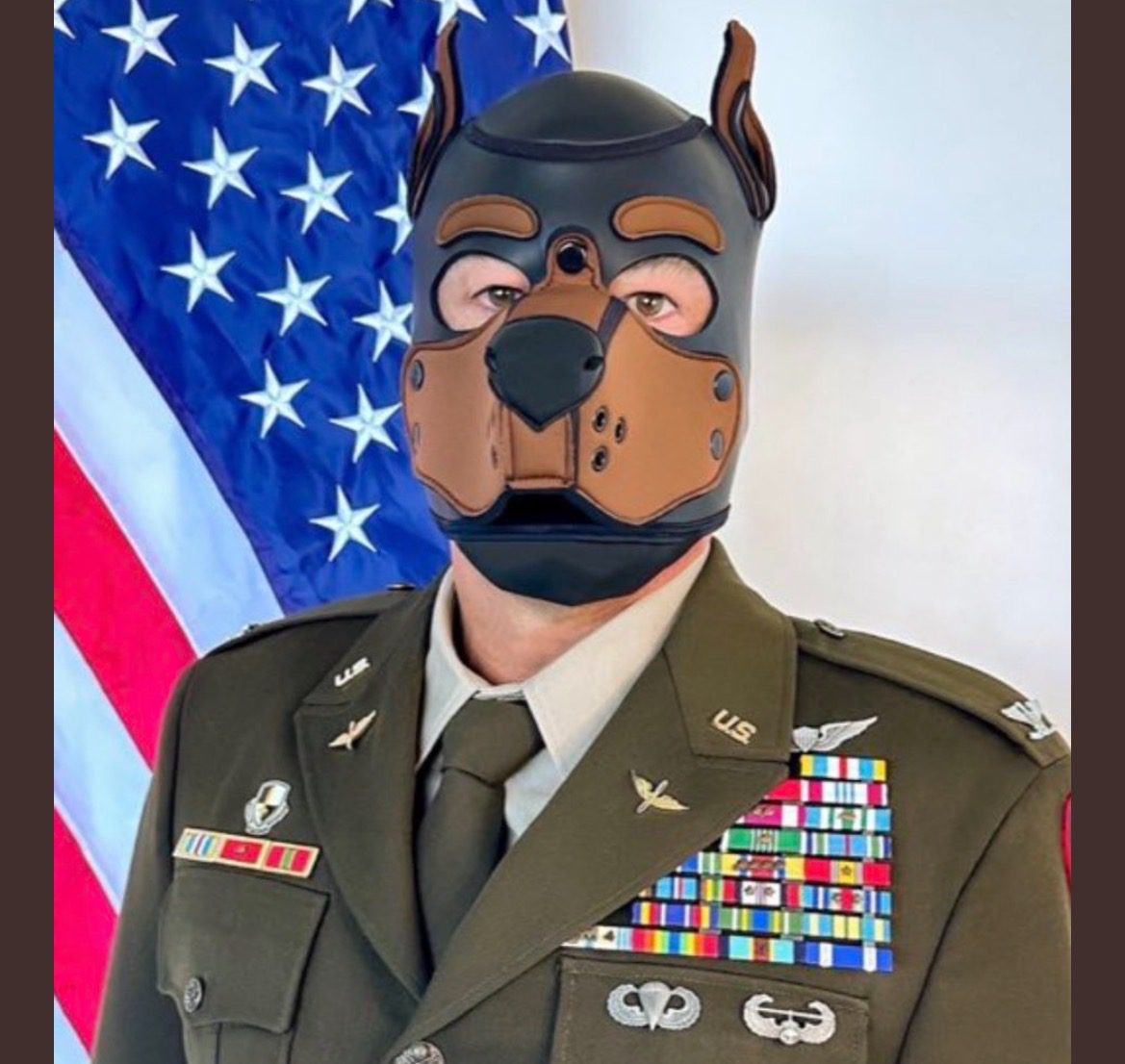 The Army is investigating at least two officers who wore fetish “pup” masks while in uniform.

“Military law prohibits conduct by an officer that disgraces them personally or brings dishonor to the military profession. There are a range of potential punishments for violations, including letters of reprimand.” USA Today reported.

Photos of the officers wearing the dogs masks while in uniform likely violate Article 133, Conduct unbecoming of an Officer and a Gentleman, said Don Christensen, the former chief prosecutor for the Air Force who now leads Protect Our Defenders, USA Today reported.

If the officer is retired, like in Col. Connelly’s case, the Army could bring him back to active duty to have him court-martialed.

Officers risk being retired at a lower rank which also lowers their pension payments.

As previously reported, a secret group of “pups” and “pup handlers” in the US military were exposed after some soldiers spoke out and didn’t want a coverup anymore.

The identity of “PupRavage” is Col. Brian Connelly (ret) of INDOPACOM.

Connelly is heavily involved in the “pup kink” community in Hawaii and had a relationship with a subordinate who also engages in “pup kink.”

As many have correctly noted…

The auto correct was not noticed.

This Screaming Eagle is 🐶 playing w insignia & himself pic.twitter.com/JeAZdqJIFw

Connelly was in a sexual relationship with CPT Dayton Tenney, a fellow Army pup in Hawaii.

Col. Donnelly & CPT Tenney both were @JointBasePHH Hawaii in a #AlphaPup & #BetaPup sex relationship, with other partners

Both officers have 🐶mask pics in uniform & on 🇺🇸 military installations.

Donnelly’s kink was not a secret; his mask seen in office pic.twitter.com/wOwosYzv9I

The uniform in @adjutantpup / @HonuPup’s post where he yearns to be back in Hawaii, with his 🐶-issued mask, appears to match @USArmy CPT Tenney’s recent uniform photo – without the mask and with his name tag pic.twitter.com/6aRe0ewiTP

“All U.S. Army soldiers are expected to uphold high standards of personal conduct and to avoid discrediting the service and the uniform, both in person and across social media,” Cynthia Smith, an Army spokeswoman, said in a statement.