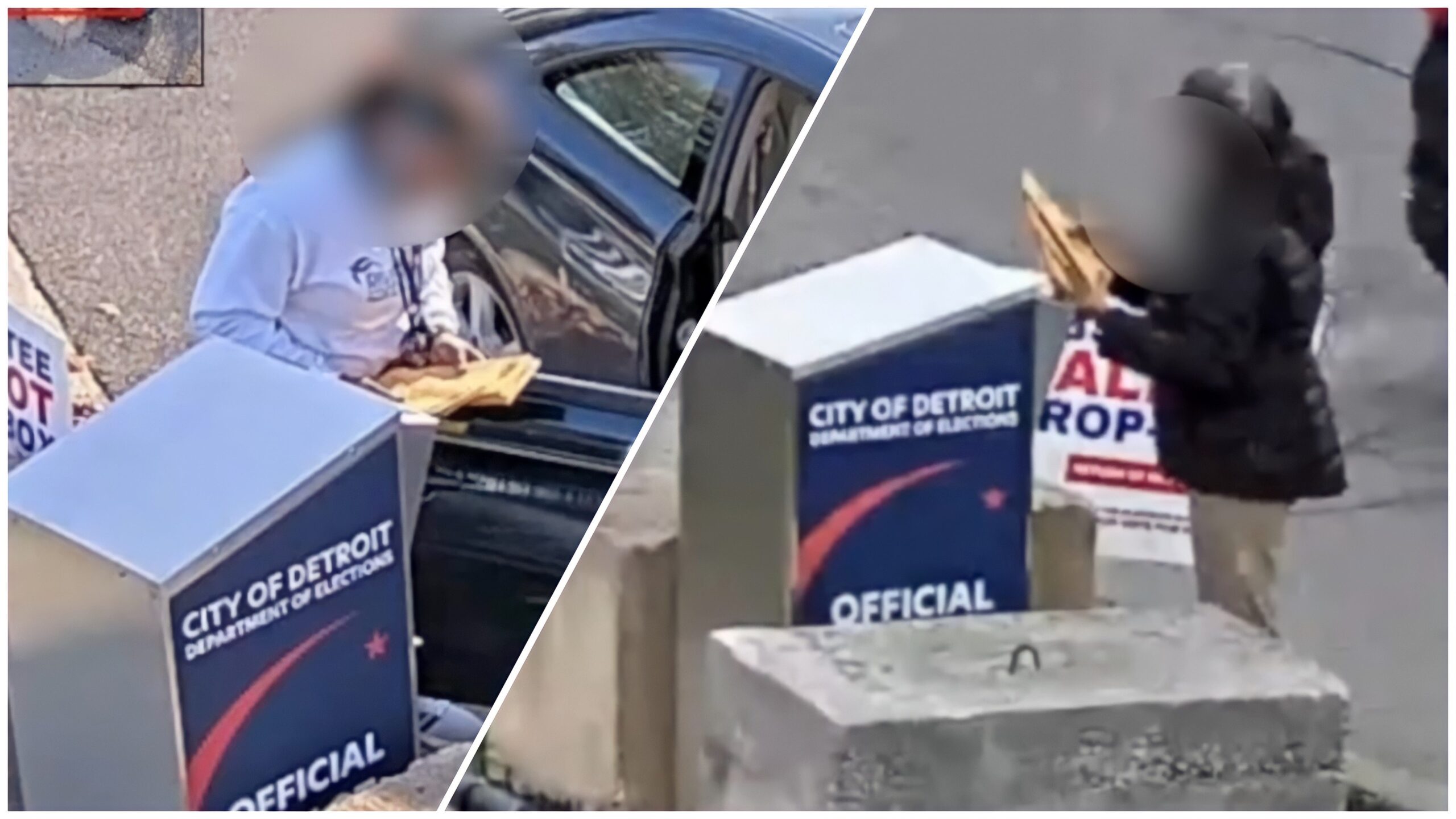 The exclusive drop-box footage from the 2020 presidential election was obtained by The Gateway Pundit and Attorney John Burns.
The Gateway Pundit was THE ONLY MEDIA OUTLET in the country to obtain this footage following the suspect 2020 election.

The MC4EI team in Michigan spent hours scouring through the thousands of hours of security camera footage to put together this explosive 13-minute video.

Special thanks to Patty McMurray and 100 Percent Fed Up for her help in coordinating this effort.

The MC4EI team captured dozens of instances of ballot trafficking in the 2020 Detroit Election.

The fraud was captured on camera and in broad daylight.

Republican Secretary of State Candidate Kristina Karamo and Attorney General candidate Matt DePerno were RIGHT! Ballot traffickers were cheating and stealing votes. They were dumping hundreds of illicit ballots into the Detroit drop boxes in the 2020 election. Bill Barr and the FBI did nothing to stop this fraud.

Since the 2020 election hundreds of grassroots activists concerned about Democrats stealing elections have formed citizen groups to stake out and observe ballot drop boxes.

These are patriotic Americans who, unlike Democrats and delusional Republicans, prefer to hold elections that are free from fraud.

Of course, secure elections infuriates the left and their posse in the fake news. The group is working with Clean Elections USA.

‘VITAMIN D’: ‘we’re just out here getting some Vitamin D’ seems to be the key response as several are watching a ballot drop box outside Maricopa Co election HQ in AZ.

This group says they’re with Clean Elections USA, but wouldn’t elaborate on if they’re volunteers, or what. pic.twitter.com/zpqoQM3CUp