His first endorsement was of Democrat Dan Goldman – he mocked Goldman by saying “he was not easy to beat, but winning against him made me realize just how very talented I am!”

Lawyer Dan Goldman is running for Congress, NY-10, and it is my great honor to Strongly Endorse him. I do this not because of the fact that he headed up the Impeachment Committee and lost, but because he was honorable, fair, and highly intelligent. While it was my honor to beat him, and beat him badly, Dan Goldman has a wonderful future ahead….He will be very compassionate and compromising to those within the Republican Party, and will do everything possible to make sure they have a fair chance at winning against the Radical Left Democrats, who he knows are destroying our Country. I would like to thank Dan for fighting so hard for America, and for working so tirelessly to stop “Trump.” He was not easy to beat, but winning against him made me realize just how very talented I am!

Goldman responded to Trump by telling Trump he was coming for him. 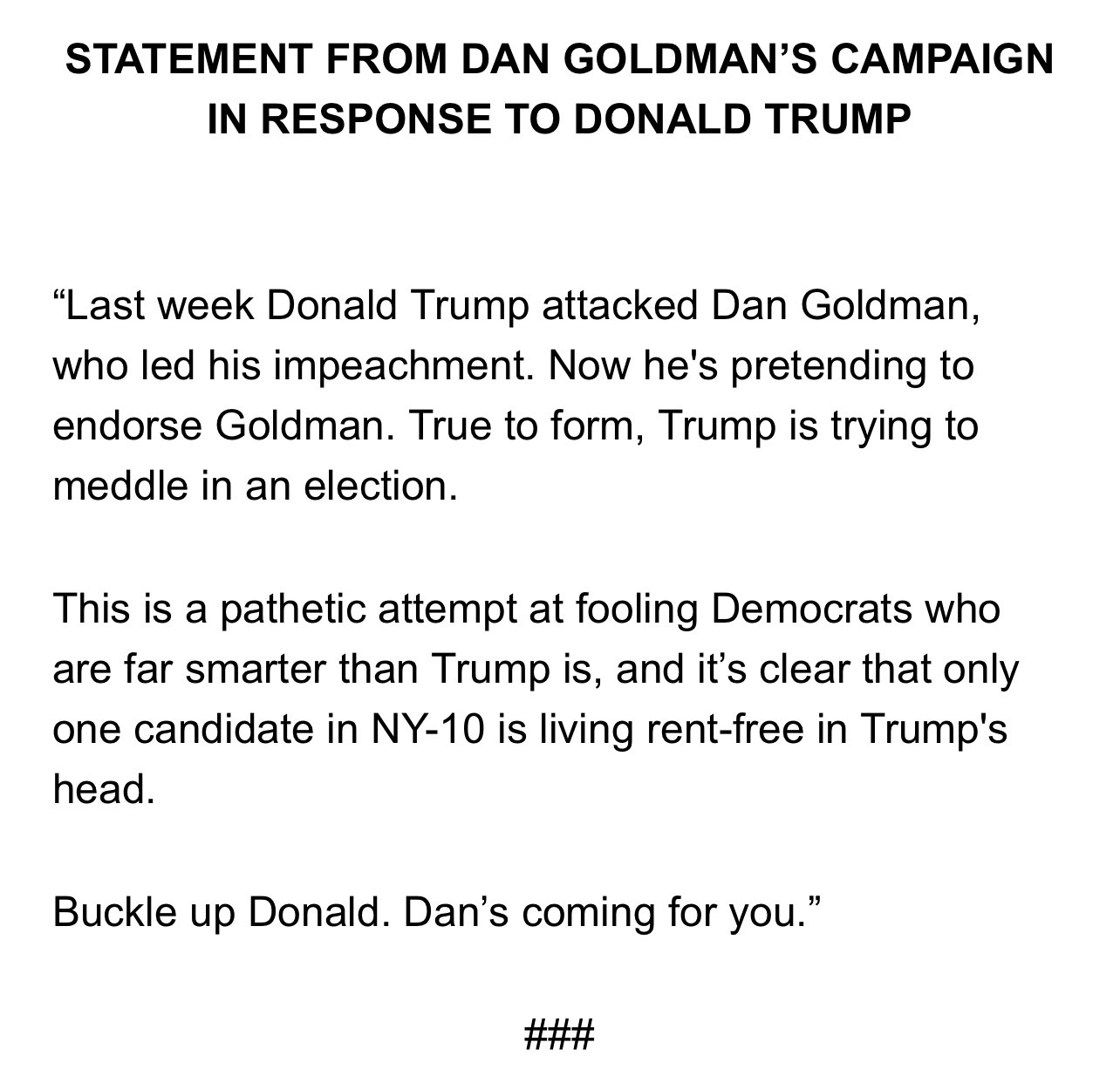 His second endorsement was of Carolyn Maloney.

A vote for Carolyn Maloney in NY-12 is a vote for the future! She is a kind and wonderful person, who has always said terrific things about me, and will support me no matter what I do, just as I supported her very early on. She begged for a check with no quid pro quo, and I gave it to her. In fact, I gave her many….On the other hand, Jerry Nadler is likewise a hard driving man of the people, whose energy and attention to detail is unlike anyone else in Congress. He is high energy, sharp, quick-witted, and bright. You can’t go wrong with either, but Carolyn Maloney is the better man. She will lead our Country into a very GREEN and prosperous future. Carolyn has my Complete and Total Endorsement, she will never let our Conservative Movement down!

She rejected his endorsement.

He should be more concerned about the investigation I’m leading as Chair of the Oversight Committee into the storage of his classified documents at Mar-a-Lago.