The entire Las Vegas strip, which houses some of the world’s most famous casinos and hotels, was devastated by a massive flood Thursday night.

The city issued a flash flood and severe thunderstorm warning as heavy rain poured into parking lots, airports and casinos. 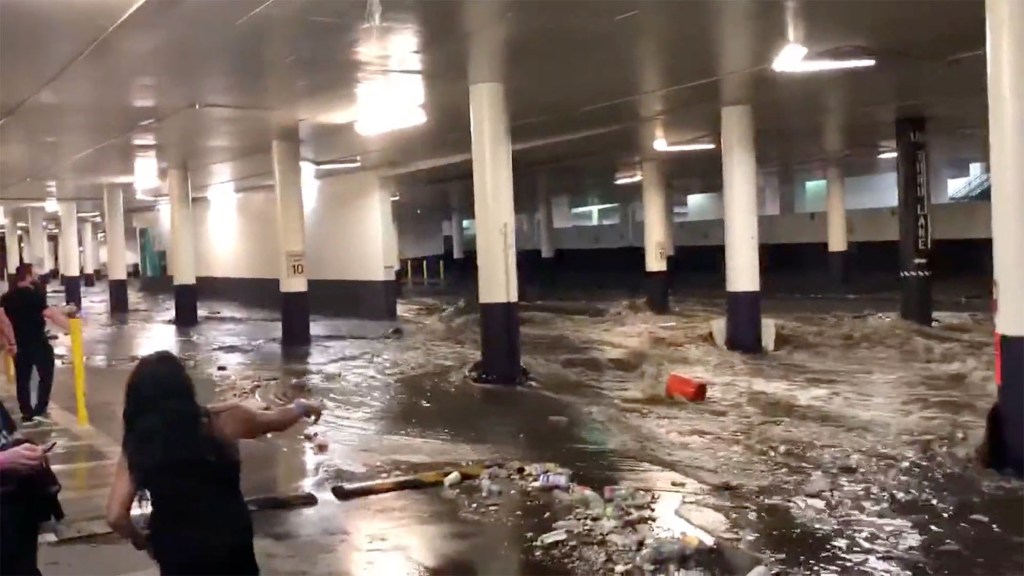 Sin city is known to be one of the driest major cities in the United States and typically gets only 4 inches of rain a year.

Cars are seen traversing flooded roads during the rare thunderstorm in videos posted on social media.

When it rains in #LasVegas! I'm sure glad I got off the highway just before this! It was scary when driving home from dinner, though!! pic.twitter.com/dP58ge85AF

Water is seen pouring through the ceiling of Planet Hollywood Casino on Las Vegas Boulevard  in footage staffers recorded and shared online.

Video sent to @8NewsNow shows flooding inside Planet Hollywood on the Las Vegas Strip after severe thunderstorms moved through.

Rain also poured through a screen at the Circa Resort and Casino.

Rain pours through a screen inside Circa in Las Vegas. 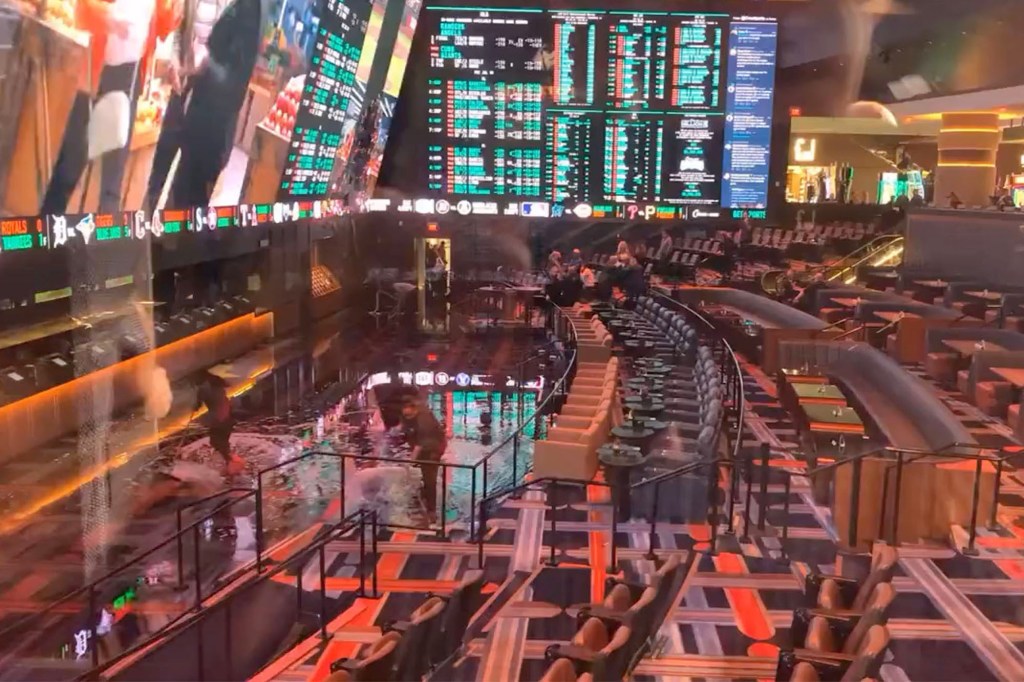 The storm left at least 7,300 without power, the Las Vegas Review-Journal reports.

There are no injuries reported at this time, according to the Las Vegas Fire Information Office.