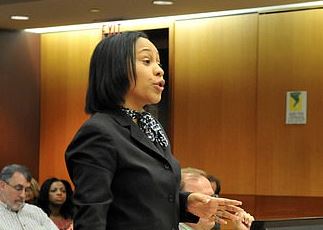 In 2010, Barack Obama’s administration weaponized the IRS against the tea party movement to suppress their activity for the Democrats’ political gain in an election season. No one was ever held accountable.

In 2016, the Obama Administration used the DOJ, FBI, and CIA to spy on Donald J. Trump’s presidential campaign and accuse him of Russian collusion. Again, this was to interfere in an election to benefit Hillary Clinton and the Democrats. Again, no one was ever held accountable.

In the fall of 2020, the kidnapping plot of Michigan Governor Whitmer was an entrapment effort led by the FBI to lure Trump supporters. This was for the political gain of Democrats during another election cycle. To date, no one has been held accountable.

It wasn’t enough for the Democrats to regain total control of the Presidency, the House, and the Senate in 2021. Once they regained power, their objective was to completely crush their political opponents.

Now, the DOJ and FBI are rounding up, prosecuting, and persecuting Trump supporters that went to the Capitol on January 6th.  Some of these defendants didn’t even go inside the Capitol but were only on the lawn.

But it isn’t just the executive branch; it is also the legislative branch and their illegitimate select committee that has gone so far as to criminally prosecute Trump supporters for defying unconstitutional congressional subpoenas.

The federal government has been wholly weaponized against Trump supporters.

Why are these branches of government and elected officials allowed to use their legal and political power to attack their political opponents for political purposes and gain?

Since this Democrat playbook has been so successful on a national level and no one seems willing to stand up to stop them, the Democrats in Fulton County, Georgia, are now attempting to go after President Trump and his supporters through a rogue District Attorney, Fani T. Willis.

DA Willis is now leading the charge.  She has allowed politics and power to serve as a weapon of mass destruction to go after the alternative slate of electors, a plan that she envisioned on her first day in office, which was the day the Trump-Raffensperger phone call was leaked into the public domain. She is quoted as saying, “I knew an investigation may be warranted on day one…the literal physical day I walked in the office.”  The phone call was reason “enough to raise eyebrows and even cause grave concern that it was already necessary to at least look at other facts.”

Those other facts led to an investigation into the slate of electors that signed the slate for President Trump, preserving his 16 electoral votes in the chance that he won any of the challenges still in the courts on December 14, 2020.

But how many of these actions by DA Willis are just political grandstanding and trying to make a name for herself for future gains for her political aspirations?  In January 2022, she finally asked for a special grand jury to investigate how President Trump tried to intimidate Raffensperger.  Even the reporter for the article stated that DA Willis “wants to nail Trump for election phone call.”  Raffensperger said DA Willis is “just looking for excuses, because she’s slow-walking this investigation.”

So why is it prudent that she waited until now, nearly 18 months after that call to get moving on this quest?  Elections – Plain and simple. It is prime time for her to make this move to be politically beneficial to those who can help further her career and position within the state of Georgia and within her own party.

DA Willis is trying to help propel her Democrat friend, Charlie Bailey, who is currently running for Lt. Governor in Georgia, against Burt Jones, Republican. Willis included Jones in the subpoenas, hoping that information and her report from the special grand jury would hurt his chances of winning the election.

In a statement from the judge with the grand jury, the judge assured Jones that there would be no “October surprise” right before the elections and that the report should not be ready. Jones’ main argument is that Willis has a vested interest in seeing Jones hurt in this case, as Willis hosted a fundraiser for his opponent and that she should be removed from the investigation.

The judge didn’t remove Willis, but in a statement, the judge criticized Willis for hosting a fundraiser for Bailey, asking her, “What were you thinking?” It is evident that DA Fani Willis is not only trying to make a name for herself but also trying to position people in key state offices that will benefit her politically. She is trying to see if she is the one who can take down President Trump. She wants the name and the recognition. She doesn’t care whom she hurts in the process and whom she has to step over to get what she wants. She is an opportunist of the worse kind—She isn’t looking for justice. She is looking for opportunities for gain. And that makes her guilty of corruption that she claims she is fighting.
As usual, there is no pushback from Republicans, which is why the Democrats get away with this.

Since some in the leadership of the Georgia GOP have been subpoenaed as alternate electors, others in the state party leadership must stand up and push back on this political corruption. It is time for the GA GOP National Committeeman Jason Thompson and National Committeeman Ginger Howard to step forward. It’s time for Ronna McDaniel to step forward. It’s time for the GA Republicans that hold elected office to stand up and speak out against this.
The alternate electors (not “fake electors” as dubbed by the press) did nothing wrong. The alternate slate was a contingency plan permitted by the Georgia State Constitution.

This is just another political witch-hunt, and it’s time to stand up and call out Fani Willis and the Democrats for political corruption and weaponizing local government.
To win, you have to be in the game. Right now, Republicans are sitting on the sidelines.