Rep. Tom Rice, one of the RINOs who voted to impeach President Donald Trump, is trailing his Trump-backed challenger Russell Fry.

A runoff election is likely to occur. 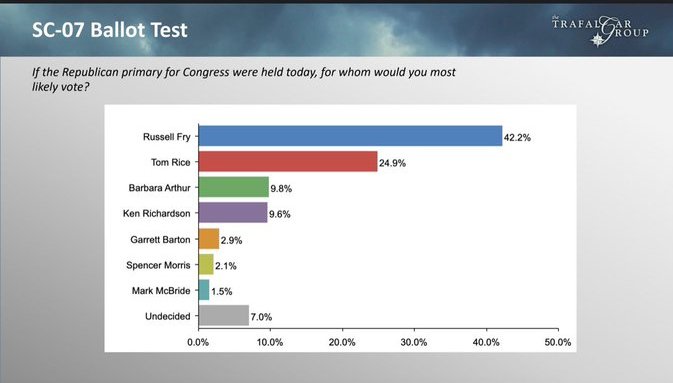 President Donald Trump has gone after RINOs in the GOP by putting primary challengers against them.

He just traveled to Wyoming to rally against Rep. Liz Cheney.

Cheney is trailing her Trump-backed challenger by a big margin.

NEW: A @club4growth poll of #WYAL shows Rep Liz Cheney (R) down 30 points to the Trump-backed Harriet Hageman (R) in the Aug 16 primary