Chuck Todd’s Meet the Press sent an email to the office of former Congressman Don Young — asking if he would come on Meet The Press.

There is just one problem – Young passed away in March.

On Thursday, former Congressman Don Young (R-AK) was invited to appear on Chuck Todd’s Meet the Press NOW which airs on the streaming network NBC News NOW. The only problem is, that “Young passed away in March.”

In an email sent to Young’s former communications director, Zack Brown sent on behalf of Meet the Press NOW with Chuck Todd, Brown was asked if “Congressman Don Young has any availability to join Chuck Todd tomorrow, Friday, June 10th in the 4pm EST hour.” Adding “we would love to have him on the program if his schedule allows.”

Here is the email from Meet The Press: 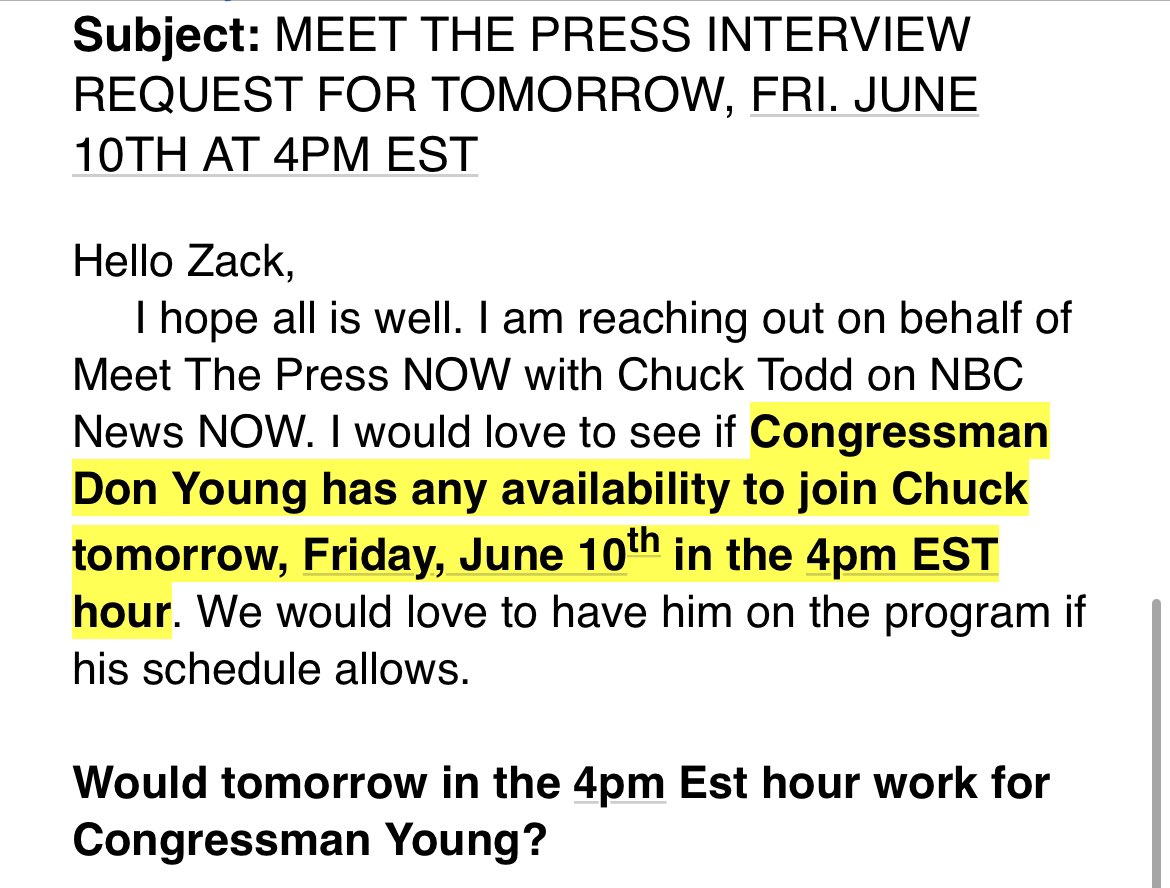 Chuck Todd previously had his show booted from the MSNBC lineup — he’s now on the NBC News streaming network instead.