Fourteen Independent voters were gathered for a focus group on Joe Biden.

The group was made up of people who voted for both Barack Obama and Donald Trump at least once.

When asked if either wanted to see Biden run again in 2024, none raised their hands.

Patrick Healy: A show of hands — are you confident that President Biden and the Democrats have a plan to improve the economy, to deal with inflation?

[Nobody raises a hand.]

Patrick Healy: How many of you would like to see Biden run again in 2024? Show of hands.

[Nobody raises a hand.]

If nobody raises a hand, no one will lift a finger for Biden. Raising the middle one does not count.

This comes as Biden’s approval continues to plummet.

A poll from Civiqs found Biden’s approval only at 34%.

His approval was higher than his disapproval in only four states: 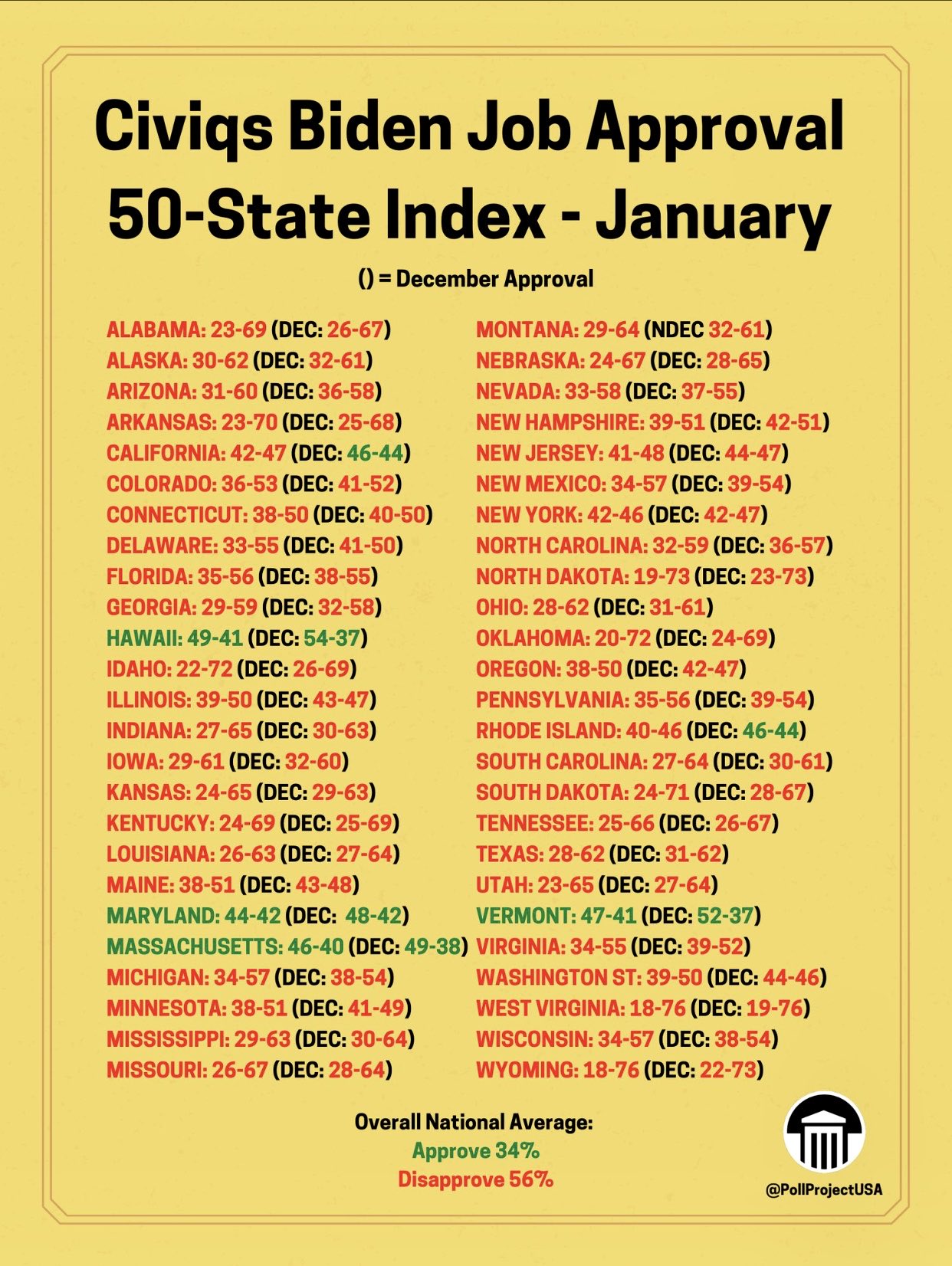