Mitch McConnell says he will not provide assistance on the debt ceiling again.

In a letter to Biden, McConnell said that “Republicans filled the leadership vacuum.”

He said people on both sides of the aisle were pleading for McConnell to fill the leadership void left by Schumer’s incompetence.

My letter to President Biden on the debt limit: pic.twitter.com/H1tDXHl07a

Here is the letter: 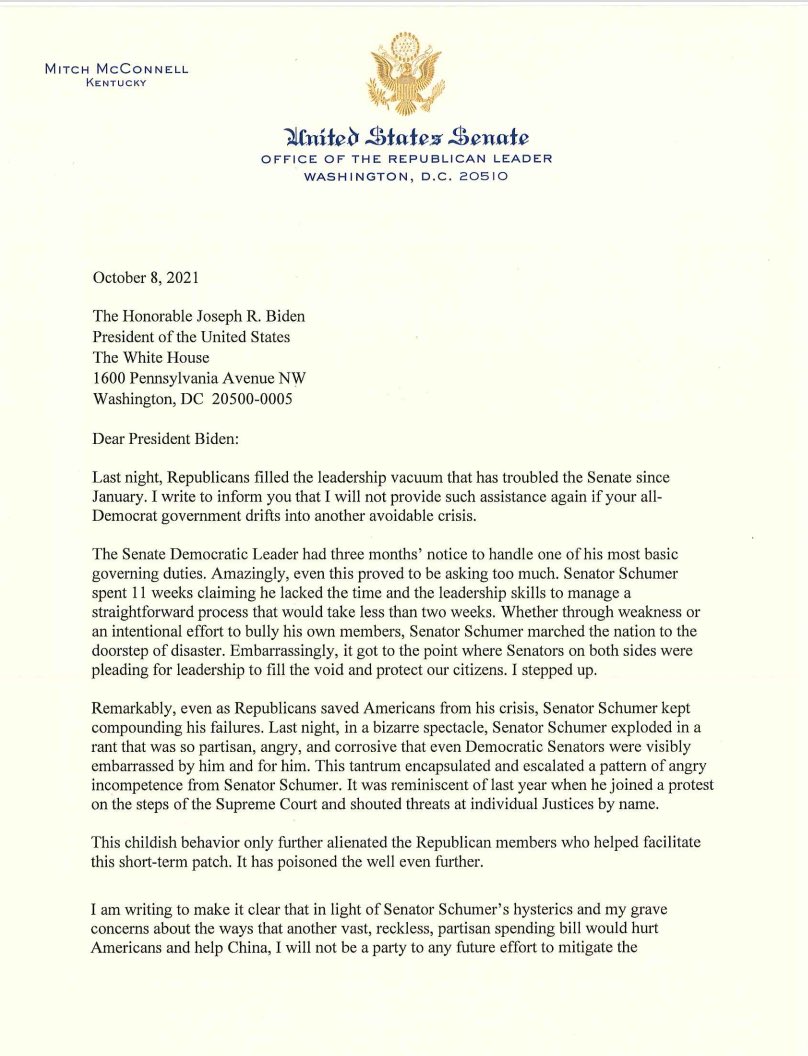 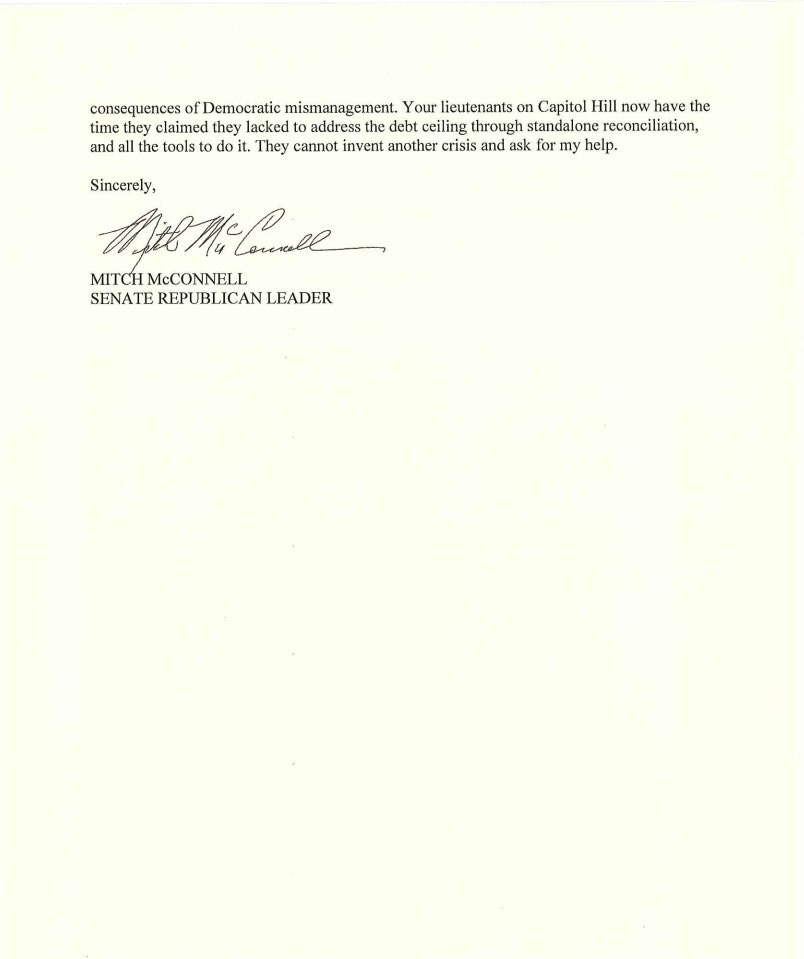 McConnell also mentioned the speech Schumer gave after the bill was passed.

Instead of thanking Republicans Schumer attacked and smeared them.

McConnell called out Schumer for his “hysterics” and said Schumer “further alienated” Republicans.

He also noted that even Democrats couldn’t stand Schumer’s speech.

Senator Joe Manchin (D-WV) was visibly upset over Schumer’s speech and even ended up walking out during it.

Trump accused McConnell of “folding to the Democrats again” and urged GOP Senators to vote against McConnell. 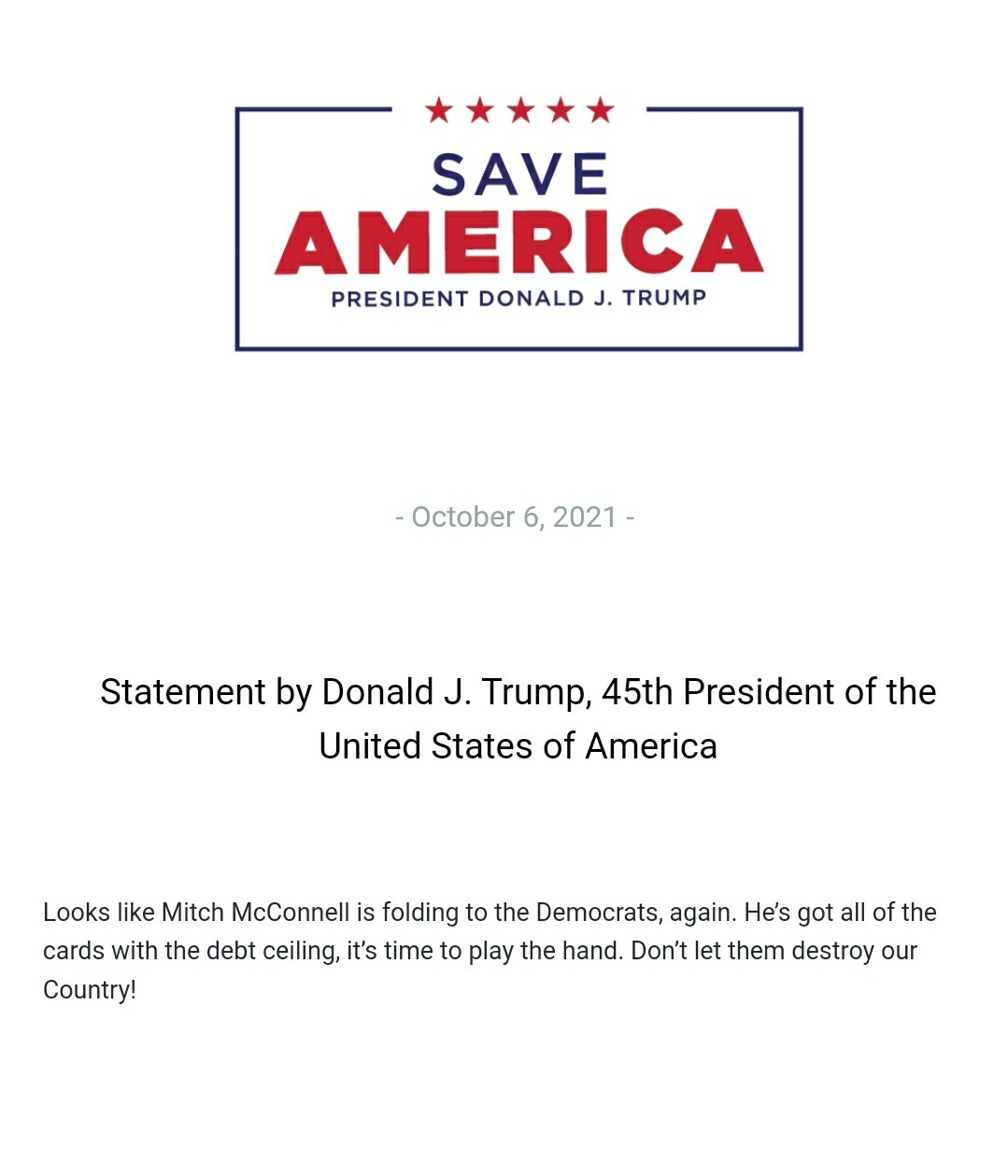 He then followed it up with this statement: 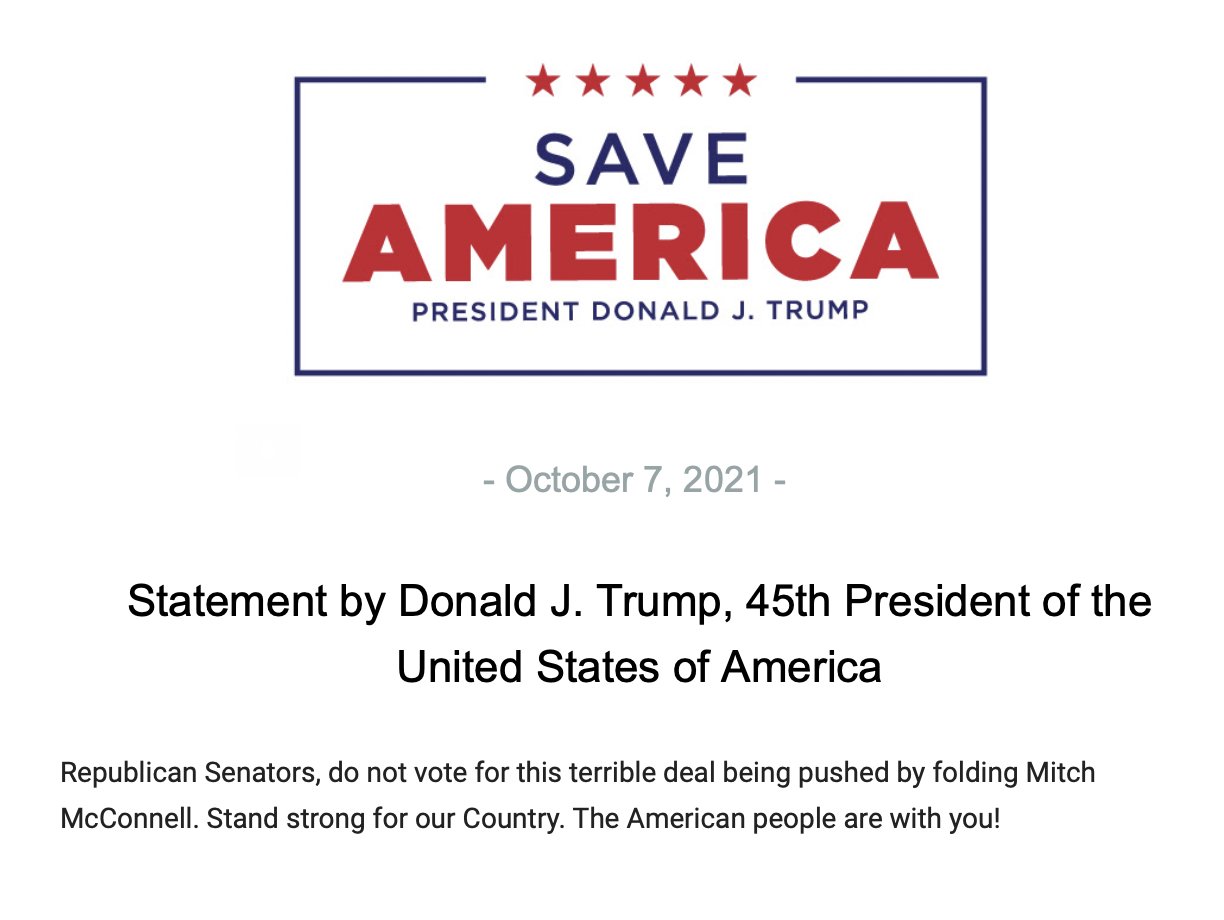