The MAGA movement continues to take over the GOP.

Trump is set to headline an event being put on by the America First Policy Institute.

The Institute is full of former Trump administration staffers.

According to a report, Trump is set to give insight on what the GOP needs to do to win in 2022.

Trump World is planning its own ideas festival, set for next month in Florida.

The America First Policy Institute, the brainchild of the former president’s top domestic advisers, will host a policy summit Nov. 4 at Mar-a-Largo to celebrate what the previous administration sees as its key achievements and to plan future ones, RealClearPolitics is first to report.

The event, billed as “the ultimate gathering” of conservative leaders, will be a reunion of sorts for former Trump Cabinet officials, many of whom are now full-time staffers at AFPI, the newest and biggest addition to the growing constellation of conservative groups.

Former department heads attending will include David Bernhardt (Interior), Andrew Wheeler (EPA) and Chad Wolf (Department of Homeland Security). But the big draw, the name that will pull dignitaries and donors alike, is the 45th president. According to a source directly involved in organizing the event, Donald Trump will “share his invaluable insights into what is sure to be a crucial year ahead of the 2022 midterms.”

Trump continues to take on the RINOs in the GOP and wrestle the control of the part away from them.

Back in September Trump released a statement calling them a “dying breed.” 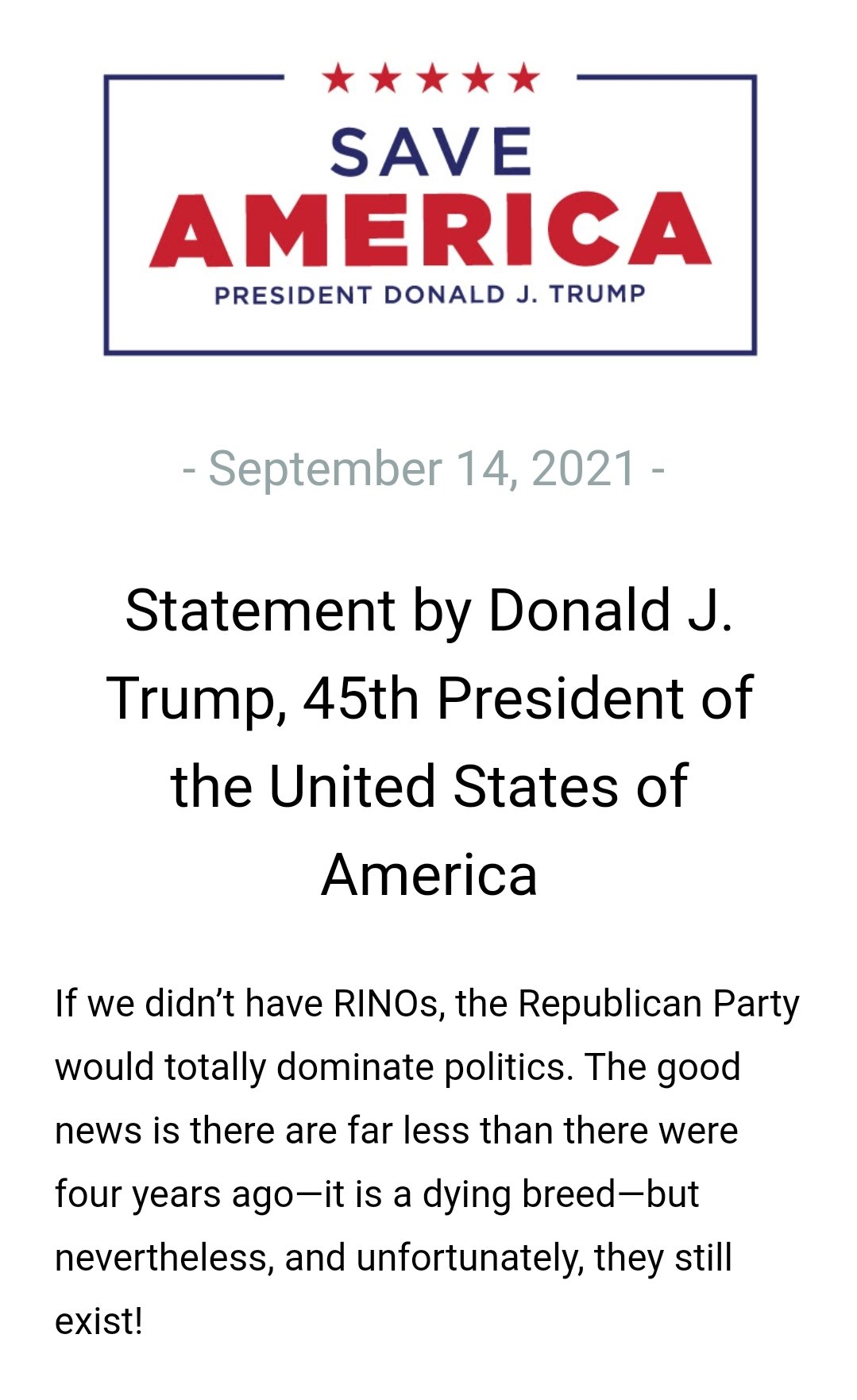