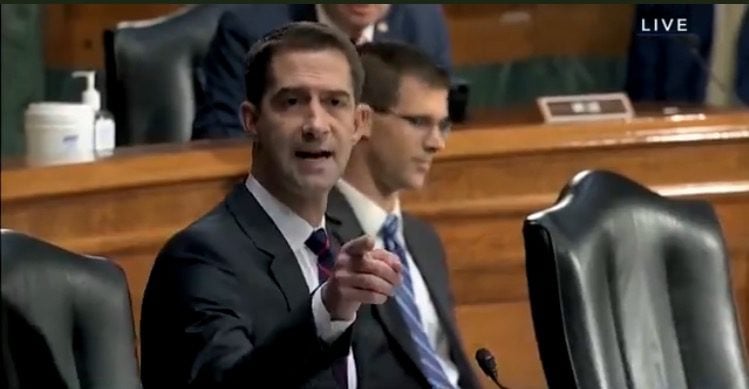 US Attorney General Merrick Garland on Wednesday testified before the Senate Judiciary Committee.

A defiant Garland stood by his letter labeling parents who protest CRT “domestic terrorists” even though the National School Board Association on Friday apologized for the letter.

Senator Tom Cotton (R-AR) wasn’t having it and erupted on Merrick Garland for writing the threatening letter ‘citing news reports’ claiming parents were a danger to school board members.

The news reports were referring to Scott Smith, the father a teenage girl who was raped by a boy wearing a skirt in a girl’s bathroom on campus at a Loudoun County public school.

“Do you apologize to Scott Smith and his 15-year-old daughter, Judge?” Cotton asked Garland.

Merrick Garland refused to apologize so Cotton ripped into him.

“Judge! This is shameful! This testimony. Your directive. Your performance is shameful! Thank God you are not on the Supreme Court. You should resign in disgrace, Judge!” Cotton said.

.@SenTomCotton to AG Garland: “This is shameful.” pic.twitter.com/f3jTEFv77f