Rap songs with that title are now dominating the iTunes Top 10.

What started as one chart-topping anti-Biden hip-hop anthem has quadrupled into four hit tracks in iTunes’ Top 10 on Friday, as conservatives flock to buy the tunes and prove their purchasing power.

All four songs are titled “Let’s Go Brandon” — a phrase that has become a right-wing rallying cry in recent weeks.

The phrase originated during a NASCAR race in Alabama on Oct. 2. At that event, crowds were caught on camera chanting “F – – k Joe Biden,” but an NBC anchor insisted they were actually chanting “Let’s Go Brandon” — in reference to a win by driver Brandon Brown.

“Let’s Go Brandon” began trending on Twitter, with some right-wingers claiming NBC was involved in a cover-up by refusing to allow any criticism of the president on their network. The phrase has now been co-opted by conservatives, with several rappers creating tracks to troll Democrats.

This is what the iTunes Top 10 chart looked like: 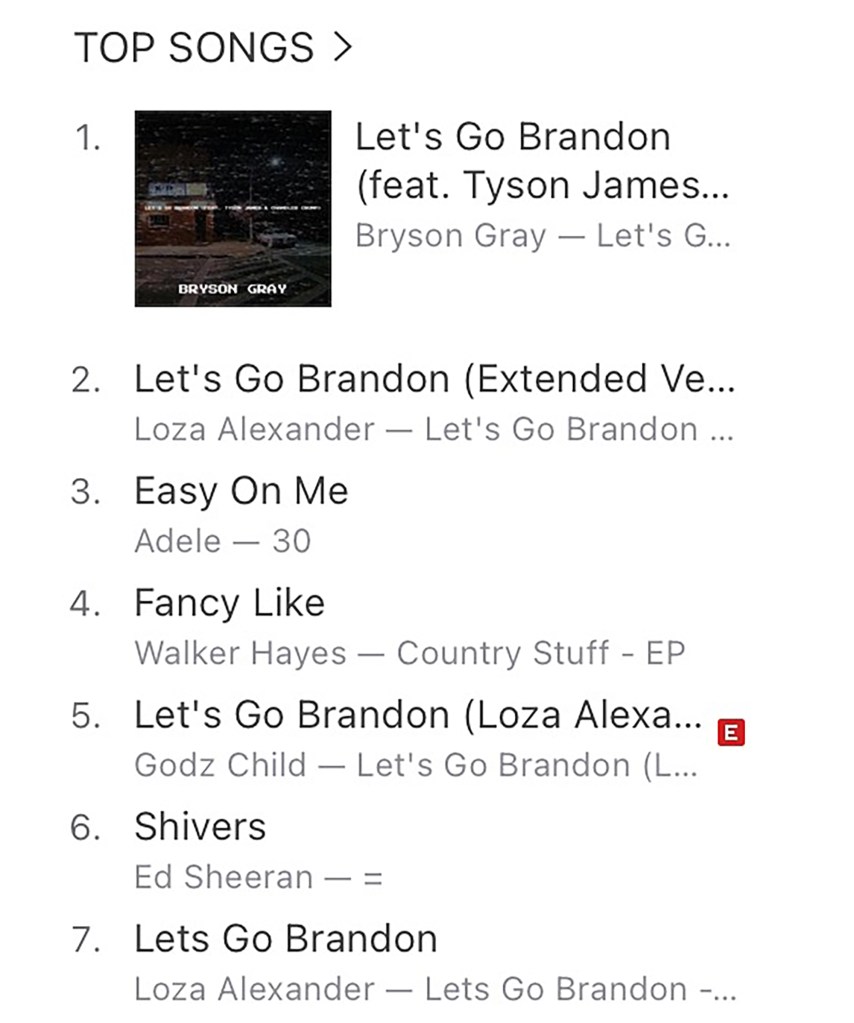 iTunes isn’t the only place “Let’s Go Brandon” is dominating.

Across the country, Americans are letting their displeasure with the Biden administration known by chanting “Let’s Go Brandon.”