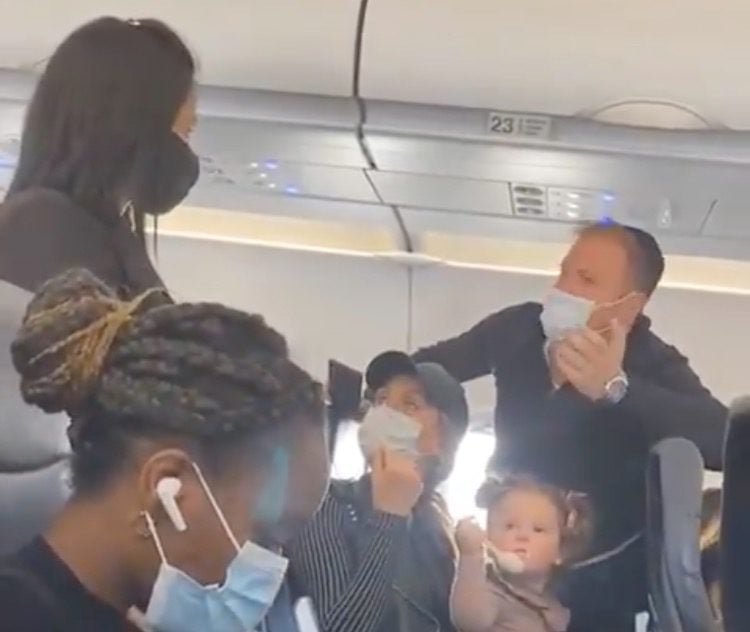 Spirit Airlines kicked a family off of a flight from Orlando to New York on Monday because their 2-year-old child was not wearing a mask… while she was eating.

The child was eating.

The flight attendant told the parents they weren’t complying with the mask policy and told them they had to pick up their belongings and deplane.

Other travelers sitting near the family defended them, but the flight attendant would not back down.

The mother, who is 7 months pregnant, told the flight attendant that her child just turned two one month ago.

WATCH THIS: A family was just kicked off a @SpiritAirlines flight from Orlando to NY, because their two-year-old child who was eating, wasn’t wearing a mask. The mother is 7 months pregnant, and they have a special needs child. The entire flight was deplaned. pic.twitter.com/dcjLIEbDfA

The parents were also traveling with a special needs son who is prone to seizures.

According to a report, the entire flight was deplaned.

Part two of the video:

More from the @SpiritAirlines flight. pic.twitter.com/PMq2nArVWz

A few weeks ago a family was kicked off of a Spirit Airlines flight because their four-year-old autistic son wouldn’t wear a mask, despite a note from a doctor.