She’s standing up against the insane Biden Administration.

Today, I introduced the Protect America First Act to end @JoeBiden’s crisis at our Southern border. 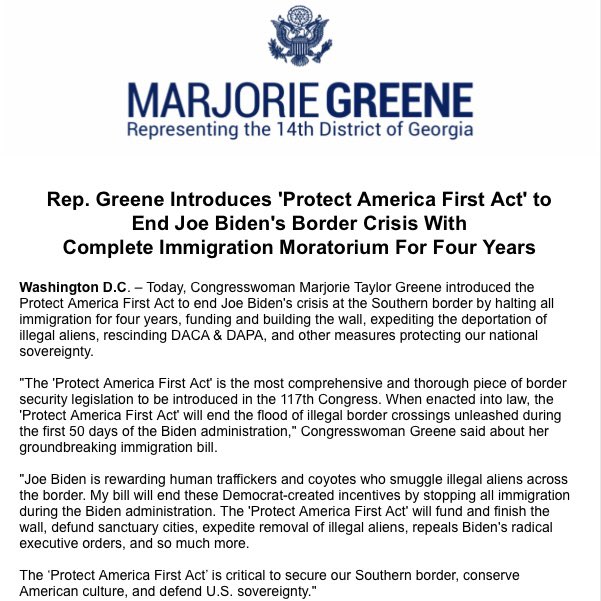 Here is what the bill does:

-Enact a 4-year moratorium on immigration and accelerate the time between apprehension and deportation.

-Expedite removal of illegal aliens from 3 months to 30 days.

-Build The Wall and name it after President Donald J Trump.

-Cut off funding for Sanctuary Cities.

-Support local law enforcement in their execution of immigration policy.

The border has become a mess under Biden thanks to his open border policies.

The Gateway Pundit has previously reported on Biden’s border crisis: