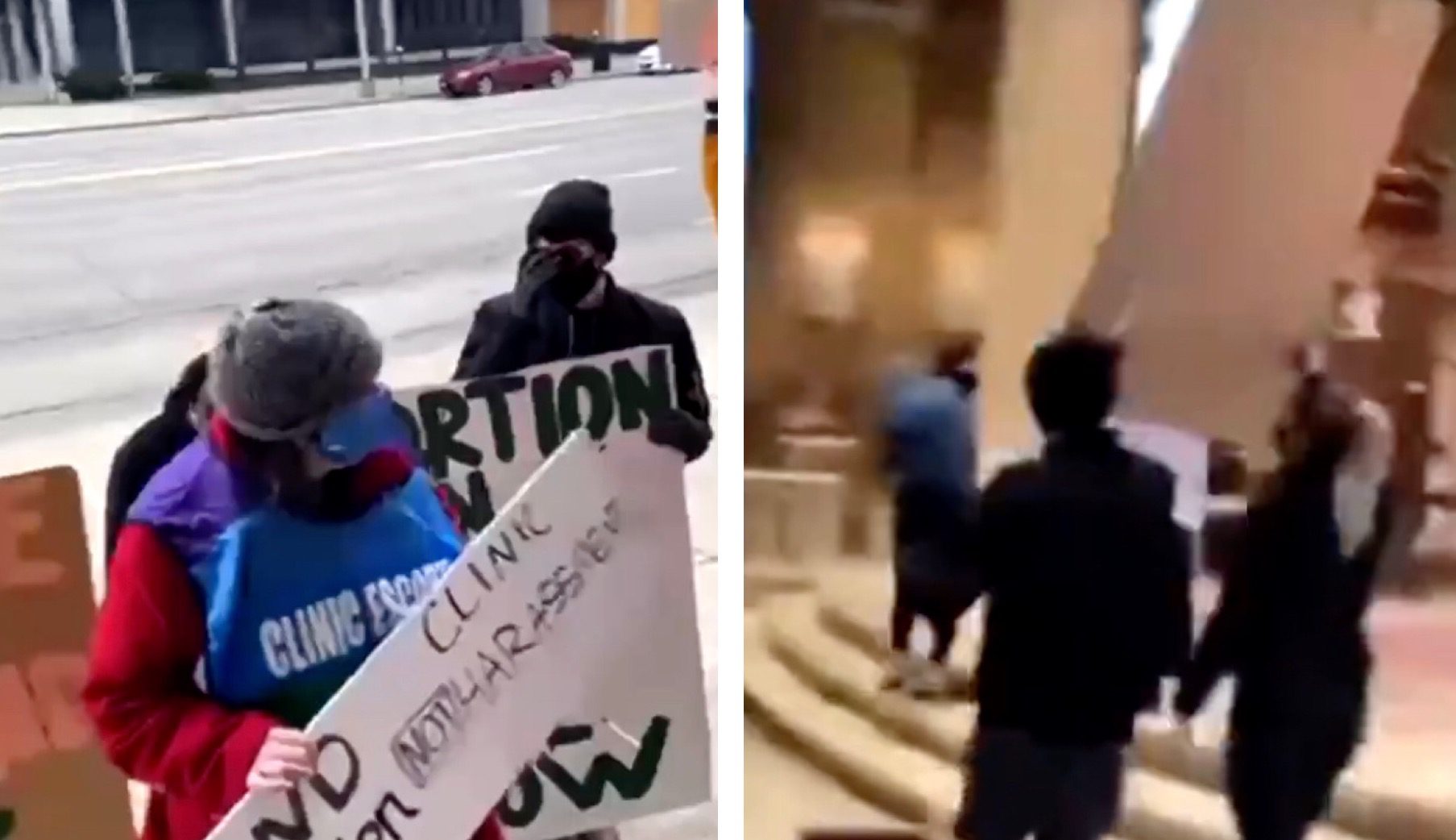 The group of Marxists barged into the church, knocked over a table and shouted profanities.

Security quickly rushed in and tossed out the screaming protesters.

The Marxist protesters were emboldened by Biden’s vow to codify Roe v. Wade on Friday.

“The Biden-Harris Administration is committed to codifying Roe v Wade and appointing judges that respect foundational precedents like Roe,” the White House said.

Cristina Laila
Cristina began writing for The Gateway Pundit in 2016 and she is currently the Associate Editor.
WATCH: LAPD Releases Bodycam Footage Showing Moment Officer Fatally Shoots Teen with Airsoft Gun
Joe Biden: "Inflation is... Do You Have Less Money From Your Paycheck" (VIDEO)
WATCH: Karine Jean-Pierre Denies Jen Psaki Said "Crime is a Huge Vulnerability For Democrats" Going Into the Midterms... But It's On Video!
Karine Jean-Pierre Says Republicans Are "Not Wanting to Lower Costs" (VIDEO)
Florida National Guard General: We Will Be Activating Unvaccinated Service Members in Response to Hurricane Ian (VIDEO)
See more...