The affidavit from Russell Ramsland of Allied Security Systems concerning the election fraud that took place in the 2020 election in Michigan was released.  In the affidavit Ramsland shows the physical improbabilities of the election results there.

Below is the Twitter thread from @Kanekoa discussing Ramsland’s affidavit: 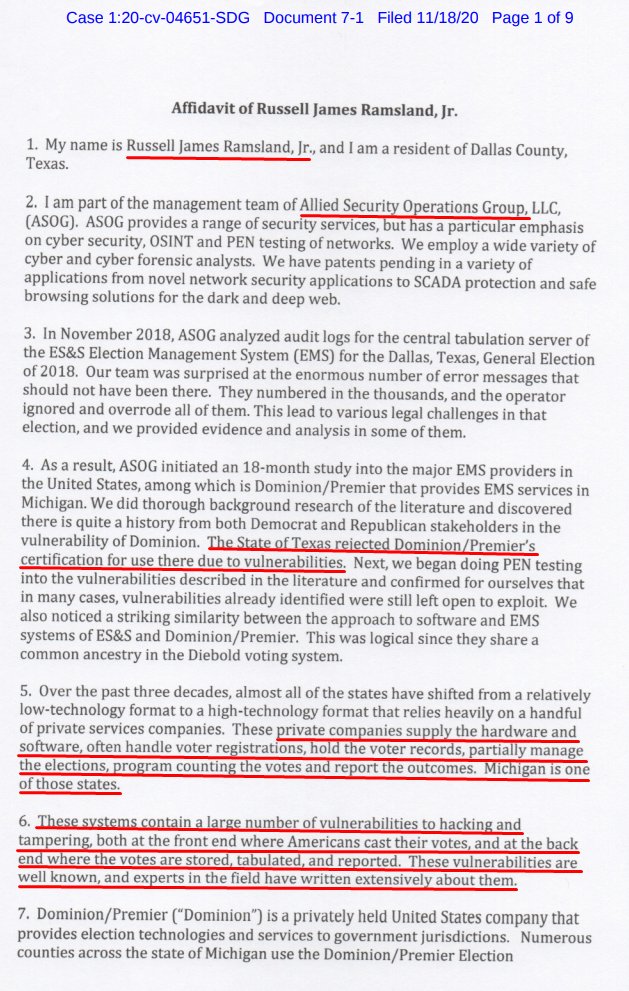 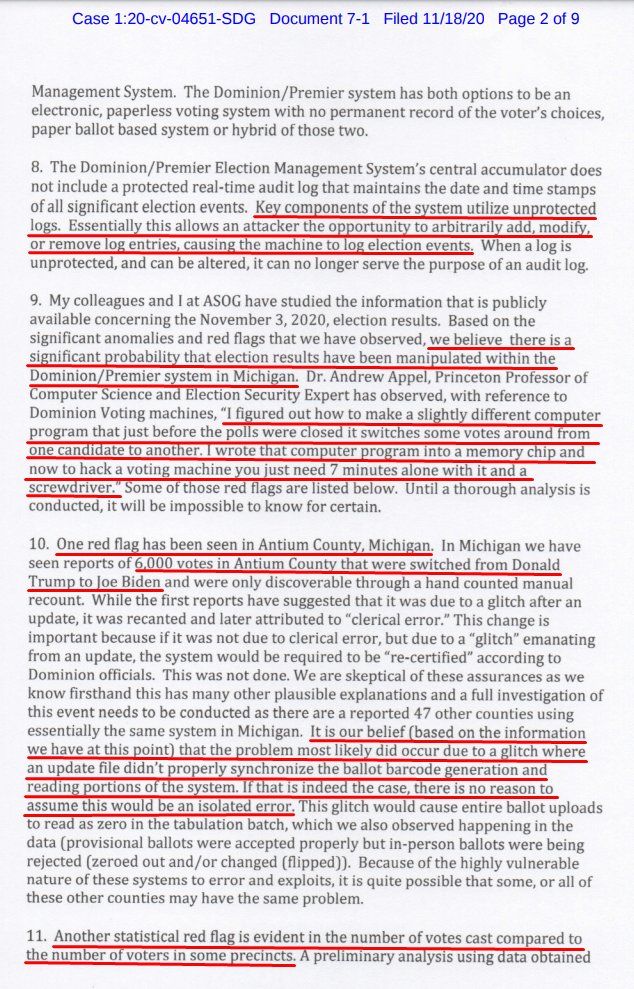 3/ “There are a stunning 3,276 precincts where the Presidential Votes Cast compared to the Estimated Voters based on Reported Statistics ranges from 84% to 350%… reveals 431,954 excess ballots.. This pattern strongly suggests that the *additive algorithm* was activated.” 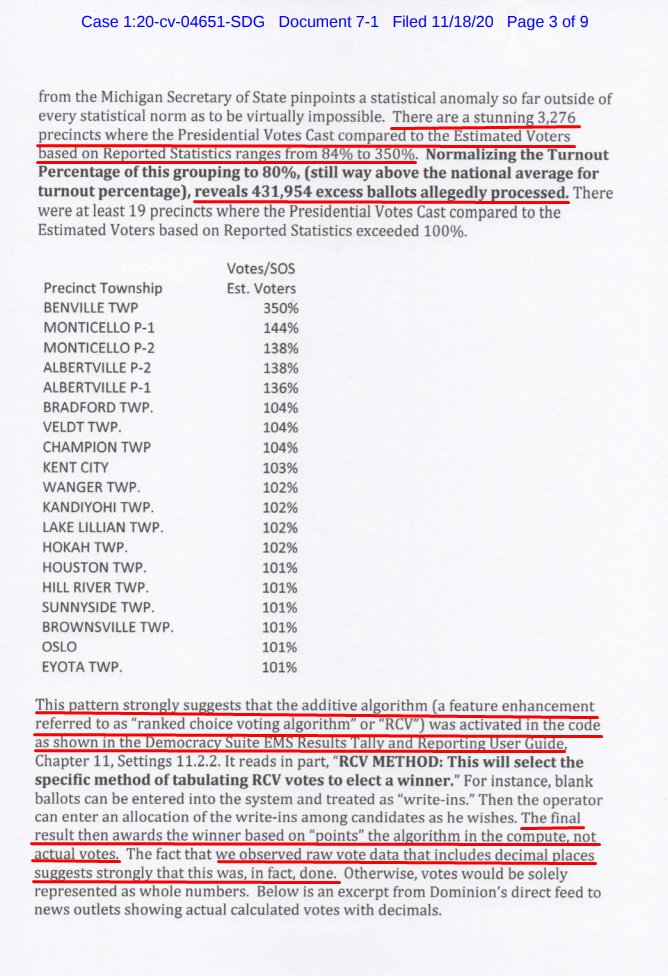 4/ “Until the tabulated voter turnout reached approximately 83%, Trump was generally winning between 55% and 60% of every turnout point. Then, after the counting was closed at 2:00 am, the situation dramatically reserved itself, starting with a series of impossible spikes.” 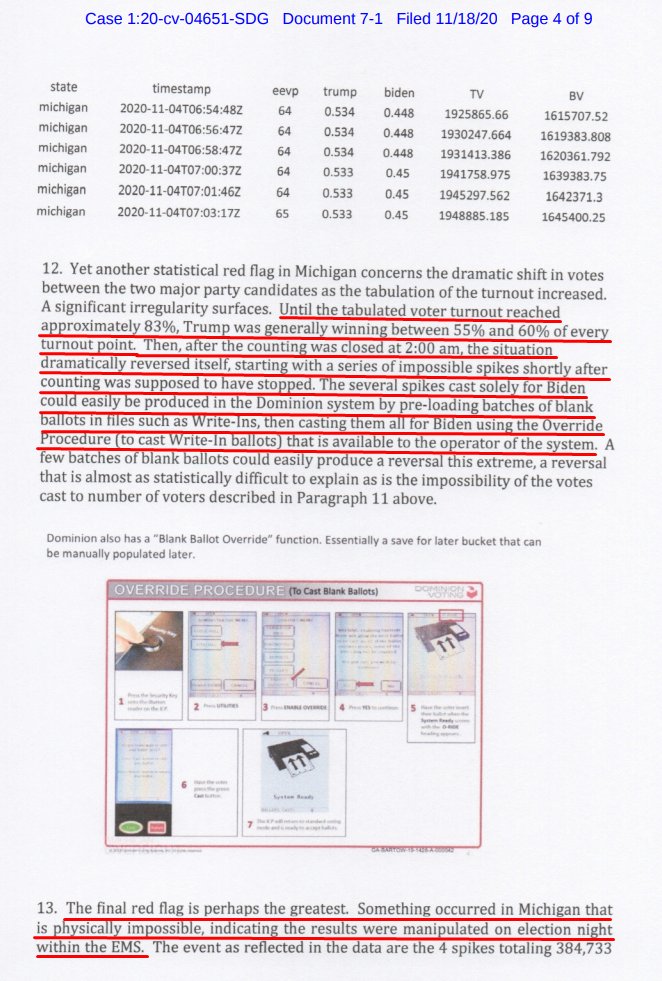 5/ “The final red flag is perhaps the greatest. In the data are 4 spikes totaling 384, 733 ballots allegedly processed in a combined interval of only 2 hours and 38 minutes. This is physically impossible given the available equipment at the 4 reference locations.” 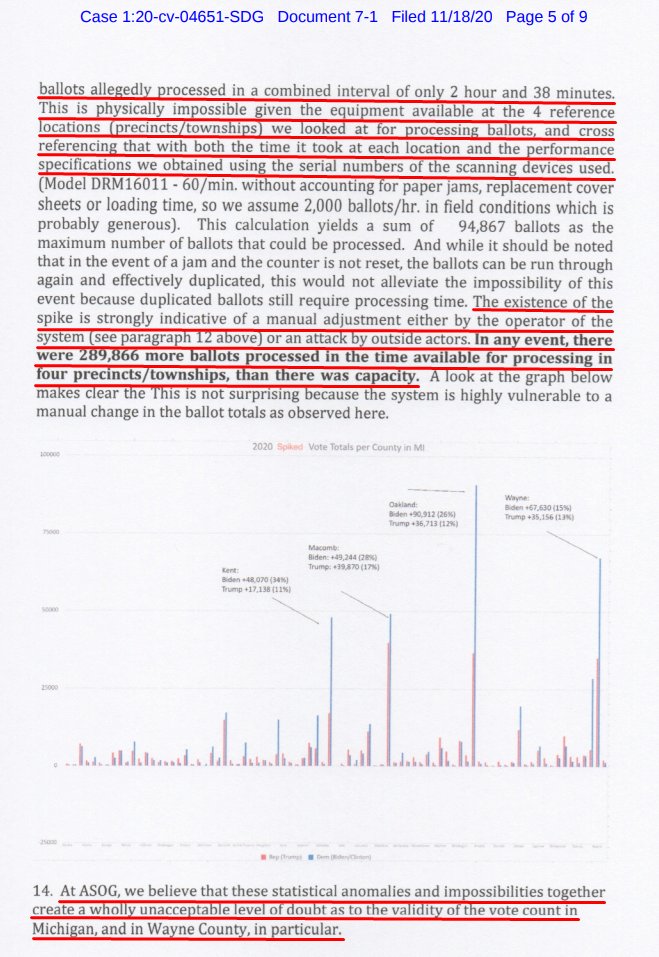 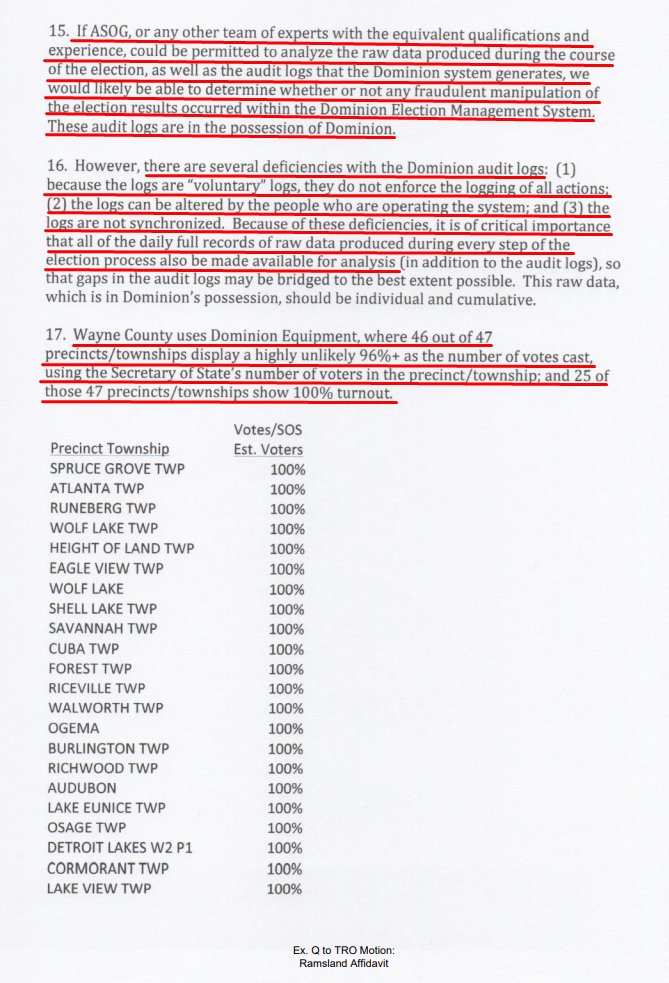 7/ “This pattern strongly suggests both the additive algorithm (a feature enhancement referred to as “ranking choice voting algorithm” or “RCV”) was activated in the code… as well as batch processing of blank votes… where 74,119 more ballots were cast than the capacity.” 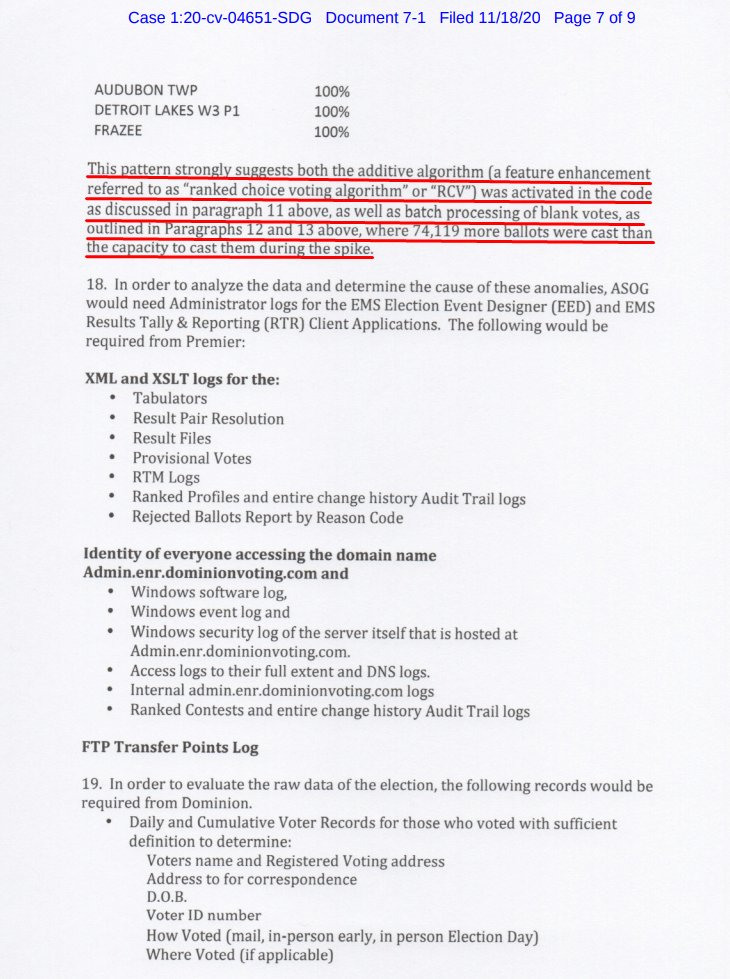 8/ The *additive algorithm* as shown in the Democracy Suite EMS Results Tally and Reporting User Guide, Chapter 11, Settings 11.2.2. It reads in part, “RCV METHOD: This will select the specific method of tabulating RCV votes to elect a winner.” 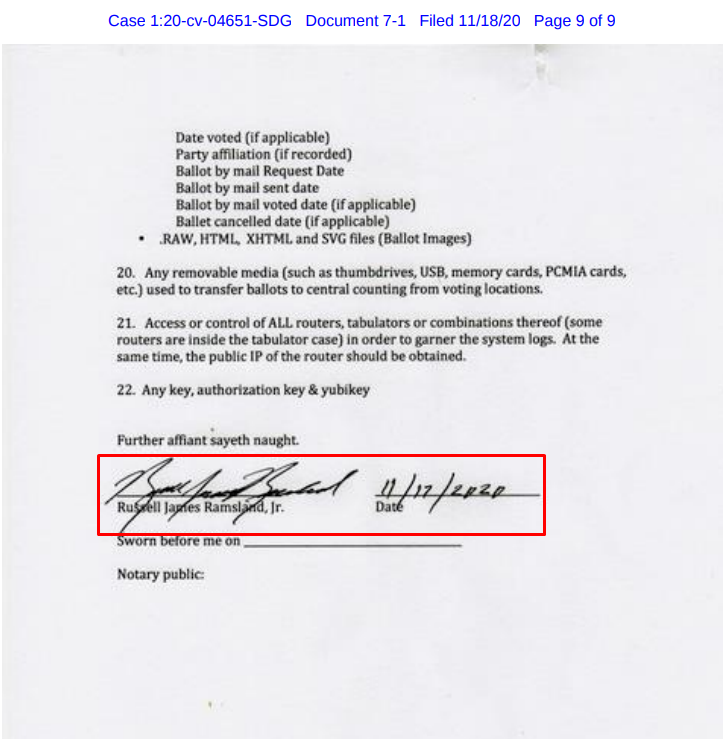 Mr. Ramsland warned about the voting machines before the election:

“We began to look and realized how easy it is to change votes.”

Election security expert @RussRamsland has performed many investigations on US election machines.

The most *shocking* thing about this interview is it took place just days BEFORE the election. Watch🔻 pic.twitter.com/53Kcxmne2e

This election was fixed for Joe Biden.

Joe Hoft
Joe Hoft is the twin brother of TGP's founder, Jim Hoft. His posts have been retweeted by President Trump and have made the headlines at the Drudge Report. Joe worked as a corporate executive in Hong Kong and traveled the world for his work, which gives him a unique perspective of US and global current events. He has ten degrees or designations and is the author of three books. His new book: 'In God We Trust: Not in Lying Liberal Lunatics' is out now - please take a look and buy a copy.
@joehoft
"You Are Welcome Here!" - Minneapolis Adds 'Welcome' Signs to Four Layers of Fencing Around Courthouse for Officer Derek Chauvin-George Floyd's Murder Trial
Latest Released Texts Show Corrupt and Dishonest Senior FBI Agents Reminding Each Other to Try to Come Across As the Good Guys to Americans
More Examples of Big Media Bias - They Truly Are 'Enemies of the State' and Enemies of American Freedom
BREAKING EXCLUSIVE: Early Indications Are That Ballots Found Shredded in Maricopa County Dumpster Are Completed Ballots from the 2020 Election
In June 2020 Big Media Giants Like ABC Were Praising New York's Governor Cuomo for His COVID Actions - TGP Was Reporting the Truth
See more...