”This is Kilkenny, not Mecca!”

A planning application for a controversial new mosque and Islamic center in one of Ireland’s most touristic towns has been challenged in dozens of formal objections, with local residents recently attending a packed public meeting to voice their opposition to the project.

A decision is expected May 10th on the controversial proposal which could see Kilkenny City become a major center for Islam in Ireland, serving the south east of the country.

The application made on behalf of the Kilkenny Islamic Center seeks permission for a two-story mosque complete with dome and minaret, with adjacent living quarters and guest accommodation, classrooms, halal shop and community hall. The existing Islamic center has been located in a rented premises on the outskirts of town for several years.

Whilst numbering less than 100,000, Ireland’s Muslim population is one of the fastest growing in Europe, having doubled since 2006, with prayer rooms and smaller premises no longer of adequate size to meet demand. 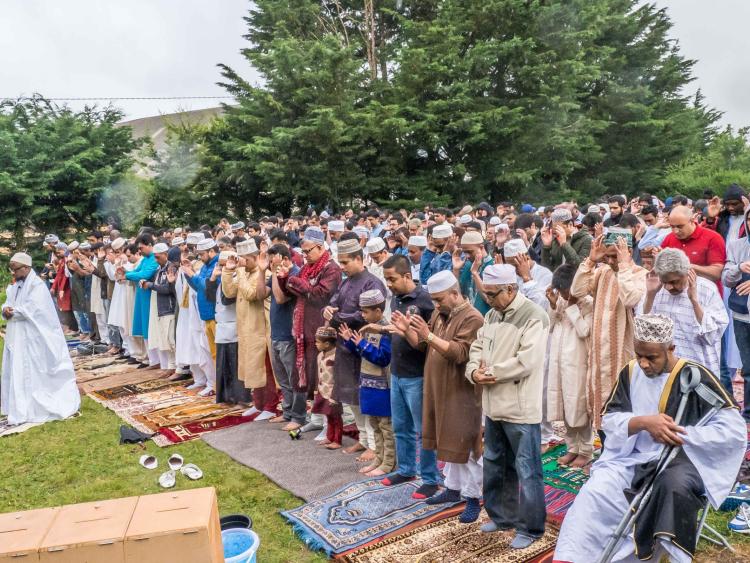 In April, a heated public meeting chaired by local political representatives heard from over two hundred residents, the vast majority opposed to the project, several citing the proximity of the proposed development to a Catholic cemetery and the prospect of the call to prayer being broadcast multiple times a day. Michael McGrath, a local photo-journalist humorously described the meeting as ‘’one of the most ferocious encounters in Kilkenny since the civil war.”

During the discussion, residents heard from Imam Ebrahim Ndure, representing the town’s Muslim population, and architects for the proposed development. Local and national media described the crowd reaction as hostile, quoting angry residents opposed to the project.

“We don’t agree with the mosque, nobody wants the mosque. We don’t want a mosque. This is not just for the Muslims of Kilkenny. They are going to come from all of Tipperary, Wexford. This is Kilkenny, not Mecca. This is not Mecca!’’, the Irish Examiner quoted one frustrated resident as saying.

“Don’t build the mosque, we don’t want it. You have to respect our culture – for us to respect you, respect us first”, the speaker continued.

Explaining that his prayer meetings normally gather only a small number of people, one voice from the floor shouted “What the f___ do you need to build that monstrous building for then?!”

“I have walked to every door in this area, all the housing estates, and 99.9 per cent of people do not want this building to go ahead’’, Eugene McGuinness, a local campaigner offered, adding that his objection was for planning rather than religious reasons. Multiple speakers wished the Islamic center well in finding a site but were adamant that the complex would not be built in their area.

The Gateway Pundit can confirm that at least 40 objections have been submitted to the county planning department, with two containing petitions representing a considerable number of local residents.

Kilkenny County Council, which will decide on the mosque application next week, has recently welcomed 52 of 140 Syrians due to arrive in the county as it takes its initial allocation of 4000 migrants agreed by the Irish government under the EU migrant quota agreement.

According to the Irish government’s Central Statistics Office, there were some 810,406 foreign-born persons resident in Ireland in 2016, representing 17.3% of the population. More strikingly, OECD (Organization for Economic Co-operation and Development) statistics released earlier this year reveal that 33.7% of Irish 15-years-old now come from an immigrant background.