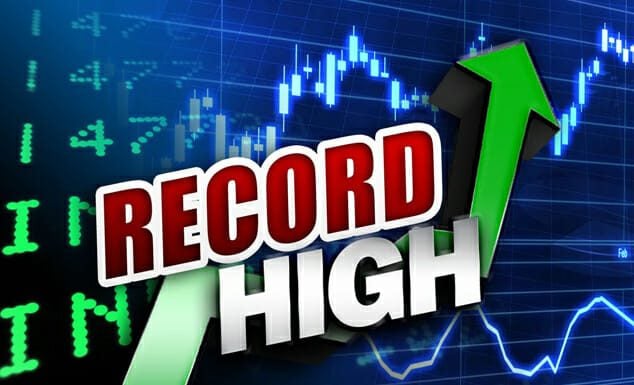 The MSM won’t tell you but last week was the best first week of a new year ever in the more than 100 year history of the Dow!

Yahoo news reported on Friday that –

CNBC reported on Friday that –

The Dow and Nasdaq enjoyed their best start to a year since 2006, notching their biggest four-day gain to kick off a year since then.

What the MSM does not report about last week’s rally is that it was the greatest first week of a new year in the more than 100 years of the Dow reporting.  The Dow was up 576 points for the week.  This is the most the Dow has ever gained in its first week of any year since the early 1900’s when the Dow first started being calculated.

At the end of 2017, after the greatest year in Dow history, where the Dow increased 4,956 points during the year, the Dow closed at 24,719.  On Friday the Dow closed at 25,295.  This has never happened before.  The most the Dow has increased in the first week of the year in points before this past week was in 2003 under President GW Bush, when the Dow as up 398 points. The worst first week of the year was in 2016 under Obama when the Dow decreased by (910) points.

The MSM just can’t report the point increases for the Dow because they are the best ever!  They prefer to stick to percent of increase because it minimizes the historical results of the Trump Stock Market Rally.

Another way the media discounts the Trump stock market is to suggest that it is an extension of Obama’s market, but this is clearly not true by just looking at the Dow results from 2015 through today. The stock market actually went down in 2015.

Let’s give President Trump his due.  The Stock Market Rally is historical!