Now The New York Times Hits Trump: ‘Israel Said to be the Source of Secret Intel Trump Gave to Russians’

Yesterday, WaPo came out with a hit piece on President Trump claiming he shared classified info with Russian Foreign Minister, Lavrov. Now, the New York Times is claiming that Israel is said to be the source of the intel which ‘raises the possibility that the information could be passed to Iran’. The classified intelligence that President Trump disclosed in a meeting last week with Russian officials at the White House was provided by Israel, according to a current and a former American official familiar with how the United States obtained the information. The revelation adds a potential diplomatic complication to the episode.

Israel is one of the United States’ most important allies and a major intelligence collector in the Middle East. The revelation that Mr. Trump boasted about some of Israel’s most sensitive information to the Russians could damage the relationship between the two countries. It also raises the possibility that the information could be passed to Iran, Russia’s close ally and Israel’s main threat in the Middle East.

Israeli officials would not confirm that they were the source of the information that Mr. Trump shared. In a statement emailed to The New York Times, Ron Dermer, the Israeli ambassador to the United States, reaffirmed that the two countries would maintain a close counterterrorism relationship.

“Israel has full confidence in our intelligence-sharing relationship with the United States and looks forward to deepening that relationship in the years ahead President Trump,” Mr. Dermer said.

In the meeting with the Russian ambassador and foreign minister, Mr. Trump disclosed intelligence about an Islamic State terrorist plot. At least some of the details that the United States has about the plot came from the Israelis, the officials said.

The officials, who were not authorized to discuss the matter and spoke on the condition of anonymity, said that Israel previously had urged the United States to be careful about the handling of the intelligence that Mr. Trump discussed.

Where was the fake news media when Barack Hussein Obama gave wipe-Israel-off-the-map Iran pallets of cash which they are now using to aggressively expand military power? The fake news media is out of control. They are the ones who are putting national security at risk with their false hit pieces via leakers in the government. 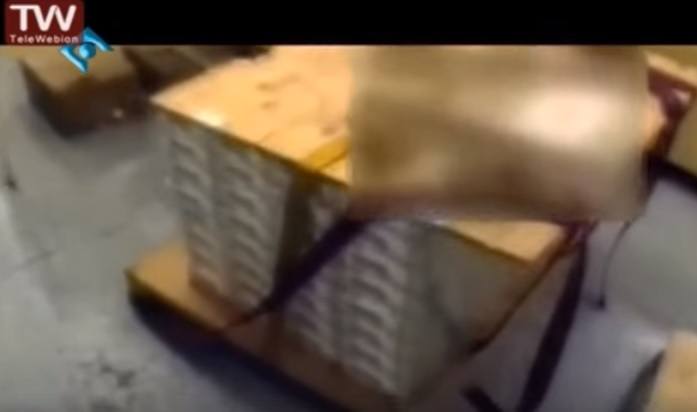 The Trump administration is one of the most pro-Israel administrations we have had in several years. They need to aggressively go after leakers to put an end to this.

NBC News is claiming to confirm this story:

Israel was the source of ISIS-related intelligence that President Donald Trump shared with Russia last week, according to three government officials with knowledge of the matter.

Israeli Ambassador Ron Dermer did not confirm the source of the intelligence but said in a statement that his country “has full confidence in our intelligence sharing relationship with the United States and looks forward to deepening that relationship in the years ahead under President Trump.”