By P. Hall at The Silent Majority 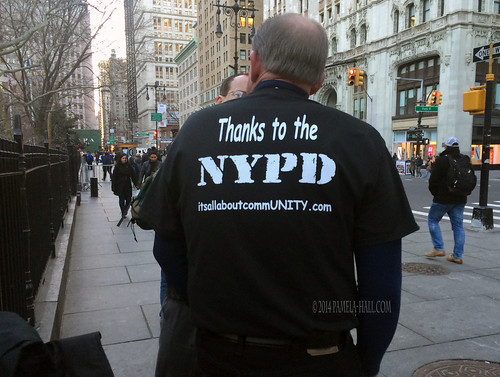 The ‪#‎NoThankYouNYPD‬ protestors were determined to SHUT DOWN any rally that might show support for the NYPD. 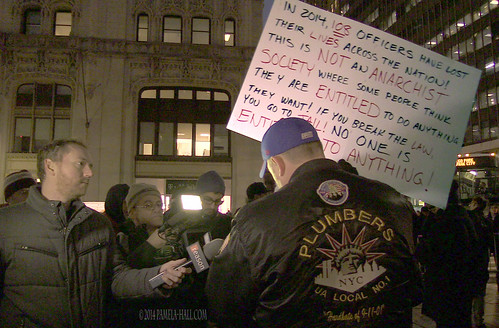 The Anti-NYPD agitators face book page said clearly that they came out to SHUT DOWN the Pro-NYPD Rally.

“To have any pro-cop rally when the people has been denied justice in the case of Eric Garner and Mike Brown is an attack on all those that has been victimize by the militarize police department.”

“We also need to make sure that who ever is coming to support this event is recorded on camera, video or picture.The world need to see the faces of those that support the militarize police department and killer cops.” 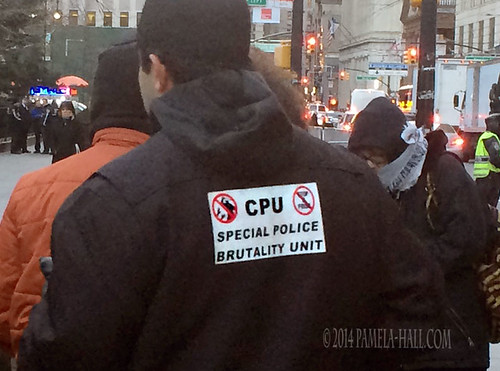 “I believe that everyone has the right to express their belief in any manner they want, but not on the blood of our stolen love ones. Police terrorizes people around the world and murder people with impunity. We the people must send police and those that support killer cops a message!” from their face book page

Jim Hoft
Jim Hoft is the founder and editor of The Gateway Pundit, one of the top conservative news outlets in America. Jim was awarded the Reed Irvine Accuracy in Media Award in 2013 and is the proud recipient of the Breitbart Award for Excellence in Online Journalism from the Americans for Prosperity Foundation in May 2016.
UPDATE: UPS Finds Tucker Carlson's Lost Hunter Biden Package That Went Missing in the Mail
CRINGE x 10: Cher Releases Very Sad Song Dedicated to Joe Biden -- It's Really, Really Sad (VIDEO)
VIOLENT, UNHINGED Biden Supporters Attack Trump Supporters Outside Joe Biden's Little Rally in Georgia (VIDEO)
Hillary Clinton: Pelosi Ready to Unleash Liberal Hell on America if Biden Wins (VIDEO)
Selfish Hypocrite AOC Poses in $14,000 Clothes on Vanity Fair Cover to Push Communism and Cuss Out Trump... Will Twitter Censor Her Lies?
See more...