Why do any Jews vote Progressive?

So much for Jewish elected Republicans.

Yes, to Progressives this primary wasn’t about issues or ideas, it was a referendum on the religious faith of Eric Cantor.

Thankfully the internet’s memory is slightly longer lasting than Markos’. Apparently Kos has forgotten how his own website portrayed another Jew in Congress, one Joe Lieberman, back in 2006 when the Koz Kidz were successfully working hard to take over the Democrat party.

And who can forget this classic Blackface Lieberman published (and since removed) by Huffington Post: 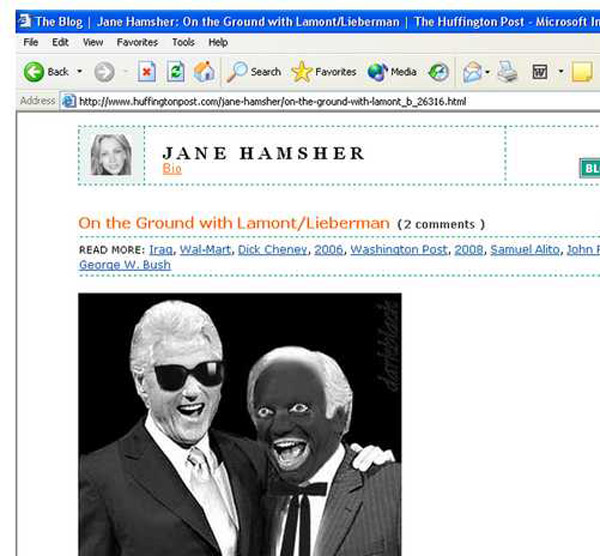 Oddly, Kos had no complaints about this portrayal of a black faced Jew back when his close confidant Jane Hamsher and her publisher Ariana Huffington had their raging fetish with the loathed moderate Democrat.

So is Kos really worried about the treatment of a Jew, or is he just flexing his #ProgressivePrivilege?

When Progressives aren’t running flotillas against the Jewish state, or working directly with terrorists, they’re using jews as props in their faux rage media spin campaign.