JR Salzman, the “Lumberjack in the Desert” blogger, was the ESPN Outdoor Sportsman of the Year back in 2005.
Then he went to Iraq.

JR lost his arm in an IED attack.
In July 2009 JR came back and won his 7th ESPN Logrolling Championship. 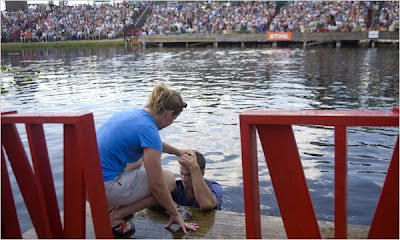 Today J.R. Salzman posted a series of tweets in response to the deteriorating situation in Iraq.

Remember when we met in 2007 @BarackObama?

Remember when we met in 2007 @BarackObama? You said you were proud of our sacrifices. So why did you throw them away? pic.twitter.com/NYrX8Xllbx

** Read the rest at Progressives Today.