Yesterday, World War II Vets on an Honor Flight to the World War II Memorial in Washington stormed past the barricades that the Obama Administration had erected. After remembering their fallen brothers-in-arms, these men returned home.

They grabbed a trophy of their victory.

Via Twitchy and NBCWashington, 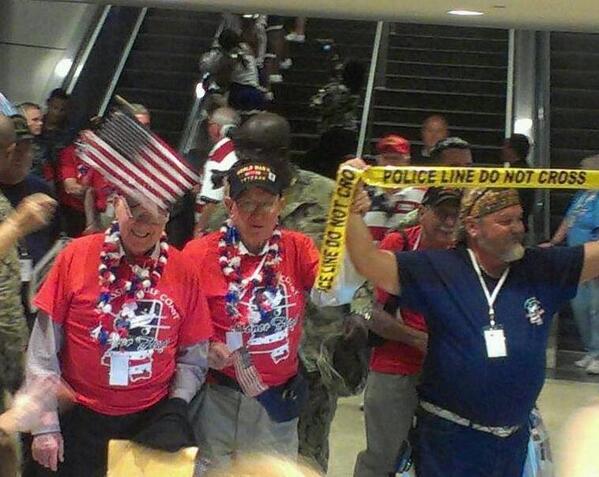 They can put that trophy alongside this trophy from their last victory: