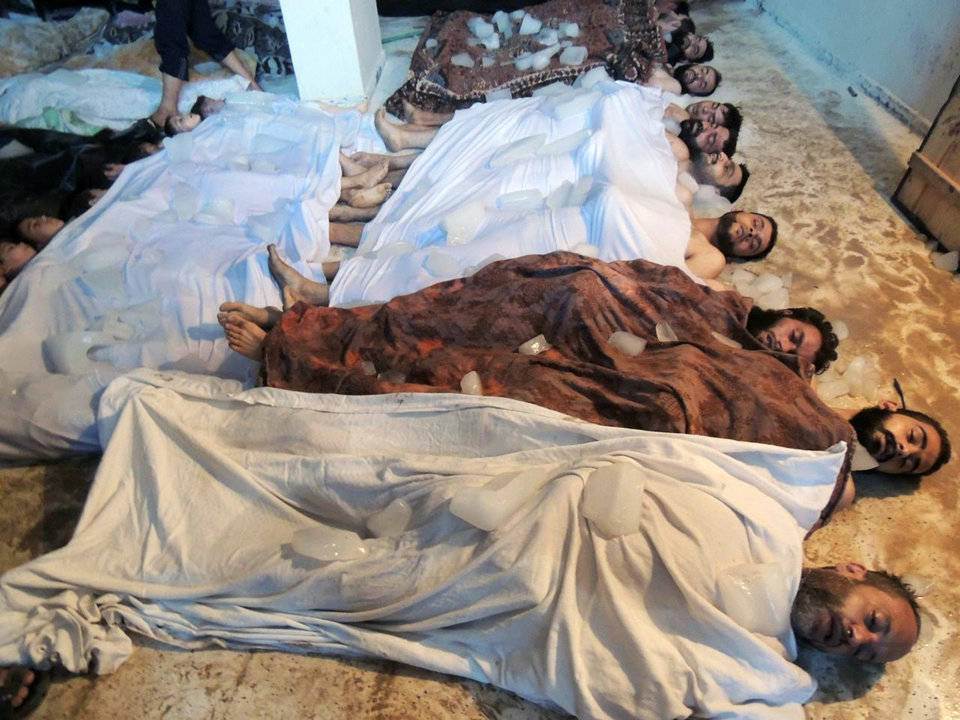 Al-Qaida Rebel fighters have taken over a Christian village northeast of the capital of Syria, Damascus. The slaughter of Christians continues as Obama’s allies cleanse the country of those EVIL Christians. This village speaks the language Christ spoke and now it is a ghost town.

A Maaloula resident said the rebels, many of them sporting beards and shouting Allahu Akbar, or God is great, attacked Christian homes and churches shortly after moving into the village overnight.

“They shot and killed people. I heard gunshots and then I saw three bodies lying in the middle of a street in the old quarters of the village,” said the resident, reached by telephone from neighboring Jordan. “So many people fled the village for safety.”

Now, Maaloula “is a ghost town. Where is President Obama to see what befallen on us?” asked the man, who spoke on condition of anonymity for fear of reprisal by the rebels.

The barbaric Rebel advance into these towns and areas is led by the Nusra Front — Islamic extremists and BFFs of Obama – and they strike terror into the hearts of Syrians and religious minorities. They come to conquer – burn churches to the ground, murder, rape, pillage, torture and terrorize. And let’s not forget – cleanse in the name of Allah shouting Allah Akbar! You know, as McCain points out, just like Christians do. Hope he remembers that when the Islamists gear up in America.

We have watched at every turn as Obama has courted Erdogan of Turkey, claiming him as his closest ally; bringing the Muslim Brotherhood into the White House; persecuting Christians at home and abroad; and forcing Islamic law and principles down our throats while disparaging America. Taqiyya reigns in our government halls and the enemies within are praying for a similar Christian cleansing and debasing in America, while Obama faces Mecca.