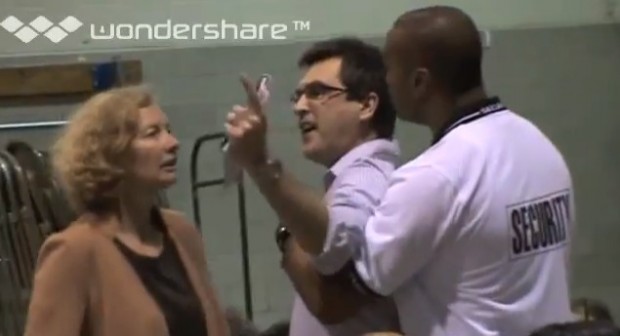 Robert Small was arrested for speaking out of turn at an MSDE-sponsored informational meeting on Common Core, the new federal curriculum for Maryland schools.

He said: “I want to know how many parents here are aware that the goal of the Common Core standards isn’t to prepare kids for full-fledged universities, it’s to prepare them for community college…..Parents, take control. We’re sick of this. This is not a CNN political game. This is a public town hall… Listen, don’t stand for this. You’re sitting here like cattle. You have questions. Confront them. They don’t want to do it in public…. Parents, you need to question these people….Do the research, it’s online.”

Shame on those other parents for not standing up with that father. What are you? A bunch of spineless sheep? Abridging a man’s First Amendment right under the color of law is now acceptable? Common place? Especially when the law enforcement officer was simply a security officer and not acting as a cop on duty. This is fascist! Simply because parents object to Common Core standards being forced upon their children should not be an act punishable by jail time.