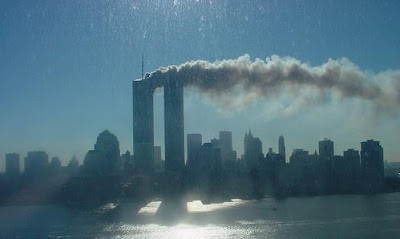 We will never forget.

Eleven years after the attacks – a nation remembers.
Via USA Today:

Victims’ families and others gathered Tuesday at Ground Zero, the Pentagon and near Shanksville, Pa., to remember the terrorist attacks that devastated the nation 11 years ago.

In New York City, formal and informal remembrances to mark one its most tragic days began early.

“It is extremely important that people never forget what happened on Sept. 11,” says New York City Fire Commissioner Salvatore Cassano, who is attending many events to commemorate those who lost their lives that day.

Security was tight around the World Financial Center. Police officers in crisp blue uniforms stood among men in suits with badges attached to their belt buckles. Police cars with flashing lights parked just off the West Side Highway near the World Trade Center site. A giant flag on the Freedom Tower unfurled early as cops stood near watching.

Family members held pictures of their loved ones as bagpipers played. One man held high a sign that had the name Danielle Kousoulis with pictures of the young woman attached and said “We miss you” and “We love you.”