In 2008 Detroit Democrat Mayor Kwame Kilpatrick pleaded guilty to two felonies and was sentenced to serve time in jail.
Just a year earlier Barack Obama was lavishing praise on his close friend:

Both Kwame and Barack were favorites of the racist anti-Semitic and anti-AmeriKKKan Trinity Church in Chicago: 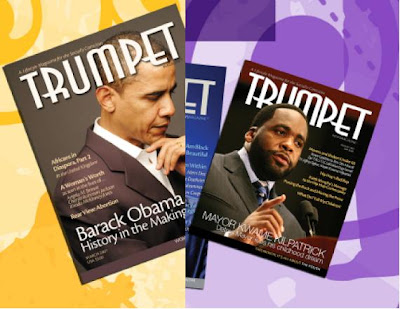 And Kwame was a speaker at the Democratic National Convention.
Now he’s in jail and his crimes are still being uncovered.

Few readers will be surprised to learn that decades of incompetence and entrenched corruption in Detroit’s government have not only helped wreck the city; firms linked to former Democratic mayor Kwame Kilpatrick also looted the pension fund.

The latest scandal, which leaves even hardened observers of the abysmal Democratic machine that has run the city into the ground bemused, involves a real estate firm which gave the felonious mayor massages, golf outings, trips in chartered jets and other perks as this enemy of the people went about his hypocritical business of pretending to care about the poor while robbing them blind. The firm, apparently run by a sleazy low class crook named by the reprehensible Kilpatrick to be the Treasurer of what was left of Detroit’s finances, used Detroit pension funds to buy a couple of California strip malls. Title to the properties was never transferred to the pension funds, and they seem to be out $3.1 million.

Kilpatrick’s partner in slime is his ex-college frat brother Jeffrey Beasley, who is accused of taking bribes and kickbacks as he made bad investments that cost pension funds $84 million.  Overall, a Detroit Free Press investigation estimates that corrupt and incompetent trustees appointed by Democratic officials over many years in Detroit are responsible for almost half a billion dollars in investments gone wrong.

Doug Ross has more on Kwame.