The Senate voted unanimously to pass a $4.3 billion revised deal that would pay for the health care of 9/11 first responders. 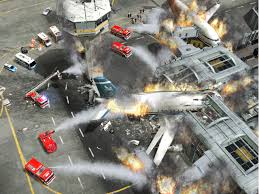 The Senate on Wednesday passed a bill to pay for the health care of first responders to the Sept. 11, 2001, terror attacks after reaching a bipartisan agreement to slash the price tag.

The deal lowered the cost of the bill to $4.2 billion — about $2 billion less than an earlier version. It will authorize a health benefits program for five years, while placing several restrictions on how the money is doled out.

“This has been a long process, but we are now on the cusp of the victory these heroes deserve,” they said.

The breakthrough could potentially signal the end of a bitter and tense debate over the bill, which has languished in Congress for months. Lawmakers were running out of time to act on the health package as they scrambled to push out their priorities before the end of the lame-duck session — but the issue gained traction in recent days following the passage of other high-profile bills.

Democrats had escalated their attacks on those holding up the bill, with Senate Majority Leader Harry Reid’s office accusing Republicans Wednesday of “running out the clock” and denying benefits to “9/11 heroes.”

Of course, Democrats have had a huge majority in the Senate for the last two years.  Accusing Republicans of “running out the clock” is disingenuous at best.