It has been reported that Aretha Franklin, the singer known as “The Queen of Soul”, has been diagnosed with pancreatic cancer. 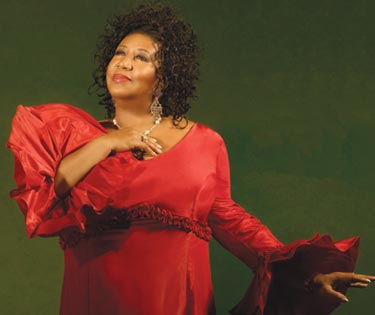 Franklin, 68, who is best known for her signature 1967 song Respect, is recovering from surgery to treat pancreatic cancer, according to local media in her home city of Detroit, Michigan.

She announced last week that she was cancelling all her concerts until May on the advice of her doctor, but did not disclose the cause of her illness.

Rev Jesse Jackson, a long-time friend, said that Franklin was “recovering very well” and was in high spirits. “She’s conscious, communicating and taking daily walks up and down the hall,” he said.

Franklin is one of the most successful and influential singers in the history of popular music. She has won 18 Grammy awards and has had more million-selling singles than any other woman.

She has been inducted into the Rock ‘n’ Roll Hall of Fame and in 2005 was also awarded the Presidential Medal Of Freedom, America’s highest civilian honour.

Among her biggest hits were also (You Make Me Feel Like) A Natural Woman and what is generally regarded as the definitive version of Burt Bacharach’s Say A Little Prayer.

Franklin also sang at the inauguration of Barack Obama in Washington in January 2009. Her publicists did not return a request for comment.

We Love you, Aretha. Get well soon. We’re praying for you.