The Obama White House has decided to take on the 60,000,000 American anglers. 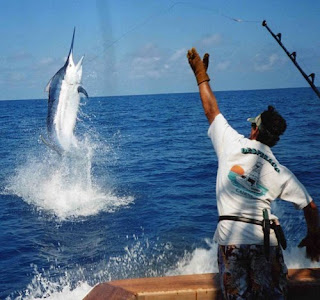 The Obama Administration is pushing full steam ahead with their plan to fundamentally change America.
When the radicals are not pushing to socialize health care, offer amnesty to illegal aliens, or radicalize primary school education, they’re pushing new UN-styled rules and regulations on the sport fishing industry.
The Christian Science Monitor reported:

The Obama administration has proposed using United Nations-guided principles to expand a type of zoning to coastal and even some inland waters. That’s raising concerns among fishermen that their favorite fishing holes may soon be off-limits for bait-casting. In the battle of incremental change that epitomizes the American conservation movement, many weekend anglers fear that the Obama administration’s promise to “fundamentally change” water management in the US will erode what they call the public’s “right to fish,” in turn creating economic losses for the $82 billion recreational fishing industry and a further deterioration of the American outdoorsman’s legacy. Proponents say the Interagency Ocean Policy Task Force established by President Obama last June will ultimately benefit the fishing public by managing ecosystems in their entirety rather than by individual uses such as fishing, shipping, or oil exploration.“It’s not an environmentalist manifesto,” says Larry Crowder, a marine biologist at Duke University in North Carolina. “It’s multiple-use planning for the environment, and making sure various uses … are sustainable.” (Amateur outdoorsmen have been fighting for their rights for years, as the Monitor reports here.)

Faced with the prospect of further industrialization along America’s coasts and the Great Lakes (wind turbines and natural-gas exploration, for example), the task force is charged with putting in place a new ecosystem management process called marine spatial planning. Marine spatial planning (MSP), according to the United Nations, is “a public process of analyzing and allocating the spatial and temporal distribution of human activities in marine areas to achieve ecological, economic, and social objectives that usually have been specified through a political process.” That kind of government-speak scares Phil Morlock, director of environmental affairs at the reel-and-rod maker Shimano. Mr. Morlock points to references by the ocean task force to “one global sea” as evidence that what’s really being proposed are broad changes to America’s user-funded conservation strategy, potentially affecting even inland waters. “I suggest that the task force recommend our model to the United Nations rather than us adopting the United Nations model,” he says in a phone interview. “The American model is the best in the world, so our question is: Why seek the lowest common denominator?”

Mr. Obama has said he will not override protections put in place by Presidents Clinton and Bush that established recreational fishermen as a special class.

But critics still worry about the Obama administration’s ties to environmental groups that espouse “anti-use” policies that put some habitats out of reach even for rod and reel fishermen, who take only 3 percent of America’s landed catch every year. “Angling advocates point out that senior policy officials on the task force seem inclined to ally themselves with preservationists and environmental extremists who want to create ‘no fishing’ preserves, with no scientific justification,” writes ESPN.com’s Robert Montgomery.