Toys”R”Us spokesperson on Roman Polanski forcibly raping a 13 year-old girl,
“I don’t think it was rape-rape.” 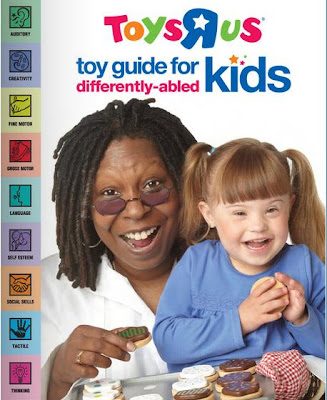 Hollywood moguls are pressuring California lawmakers to do what they can to stop the extradition of Roman Polanski, aiming to prevent the Oscar-winning director from being forcibly returned to the U.S. to do time for raping a 13-year-old girl in the 1970s.

Whoopi Goldberg used her spot on ABC’s “The View” to try to clear up the record regarding the crime to which Polanski pleaded guilty in 1978.

“I know it wasn’t ‘rape’ rape. I think it was something else, but I don’t believe it was ‘rape’ rape,” said Goldberg, dismissing the possibility that Polanski had forced himself on anyone.

More… It appears Whoopi Goldberg is facing a fierce backlash after saying that film director Roman Polanski didn’t commit “rape-rape” when he had unlawful sex with a 13-year-old girl.