The Brazilians are happy anyway. 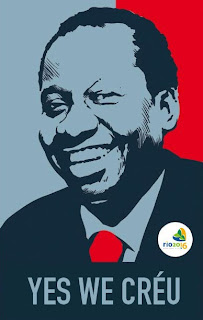 The libs are in total meltdown after the Dream-Team was snubbed by the IOC in Denmark today.
And, of course, it’s all Bush’s fault.
CMR reported:

Senator Rowland Burris of Illinois, the Senator who was appointed to fill President Barack Obama’s vacant Senate seat, blames George Bush for Chicago not getting the Olympics in 2016. Burris stated in an interview, shortly after the announcement, that the image of the U. S. has been so tarnished in the last 8 years that, even Barack Obama making an unprecedented pitch for the games could not overcome the hatred the world has for us as a result of George Bush. Wow! When will the Democrats in Congress ever get off this “Blame Bush” syndrome. Burris even went on to say that this is just another way Bush is now hurting Chicago. Yes blame Bush, don’t mind all the crime and corruption that has come out of Illinois over the last year. This “Blame Bush” strategy is getting pretty old.

Burris was not the only one.
Swimmer Rowdy Gaines also blamed Bush after the rejection.