Obama's Safe Schools Czar Knew Harry Hay Was a Child Perp Back When He Praised Him …Update: 53 Republicans Demand Jennings Be Fired

In a letter to Media Matters, Zomblog urges the Soros-funded leftist website to stand with Kevin Jennings and denounce the sexualization of children. 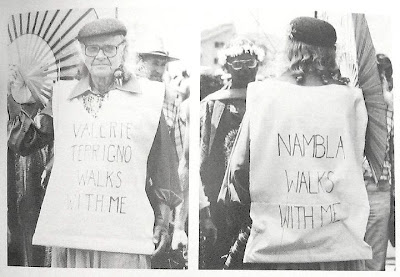 You have recently assumed the attack-dog role in the Jennings/Hay/NAMBLA scandal, releasing a nonstop barrage of announcements condemning what you characterize as “right-wing smears.” Before you continue down this road, pause to consider the consequences of this strategy…

Why are you taking actions that will damage Kevin Jennings’ career and get the Obama administration entangled in an embarrassing scandal?

…By advising Jennings to dig in his heels on a story that is only bound to grow in intensity, you are only exacerbating the problem. Enough evidence has already emerged (with more to surely emerge in the near future) that you should recognize the need for Jennings and the Obama administration to enter “crisis management mode”: In other words, they should get in front of the story, apologize, acknowledge mistakes, and vow to never repeat them.

Furthermore, your defense of Jennings is so weak, and so easily debunked, that you have now put your own reputation on the line, not just Kevin Jennings’.

But it’s not too late. I invite you, Media Matters, to join me in encouraging Kevin Jennings to make a public statement condemning Harry Hay in no uncertain terms, and to retract his earlier praise of him.