Oh brother. Out of the record positive press coverage the president receives there’s one news organization that actually fact-checks the disaster in the White House. 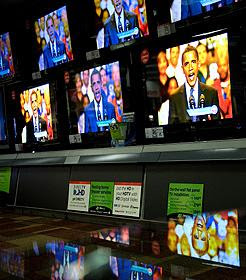 But, that’s one network too many.
Sound familiar?
The Politico reported:

The two met privately in Manhattan during the president’s visit to the United Nations.

The two discussed news coverage and the relationship between the organizations.

An FNC spokesperson tells POLITICO that Ailes and Axelrod had a “cordial conversation” over coffee while the president was in town.

Ailes is the founder of Fox News. A key part of Axelrod’s portfolio is the president’s image and broad message.

White House officials have expressed pique with what they consider heavy coverage of Obama critics by opinion shows on the news channel.

Obama aides showed their displeasure by omitting “Fox News Sunday” when the president granted interviews last month to the other Sunday shows.

Goodness, we sure wouldn’t want a network to report on the communists in the White House now would we?