Rudy still gets it. 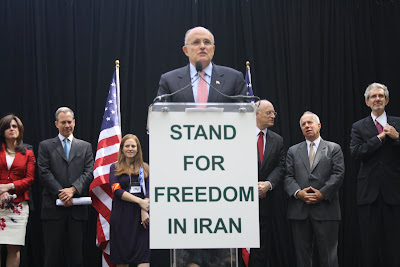 Giuliani congratulated the anti-Ahmadinejad protesters today for speaking out against the horrific killer regime. He challenged the Obama Administration to break through their moral equivalence.