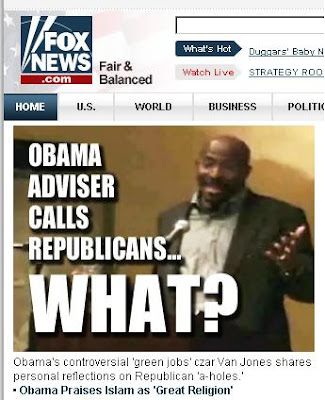 More Hope and Change–
At a question and answer session on why Barack Obama was not ramming through enough socialist bills fast enough, Barack Obama’s communist Green Czar Van Jones answers,
Because Republicans “are a$$holes.”

The audience loved it:

I know, I know… It’s just a distraction.

So, what are they talking about anyway?
Barack Obama and the Pelosi-Reid Congress have rammed through every piece of far left legislation they wanted to without a single GOP vote or input.

And, since when was the socialist Barack “I Won” Obama bipartisan?

UPDATE: Actually this video was taken right before they rammed the $787 billion Crap Sandwich through Congress.