To The New York Times conservative talk radio is like gangsta rap: 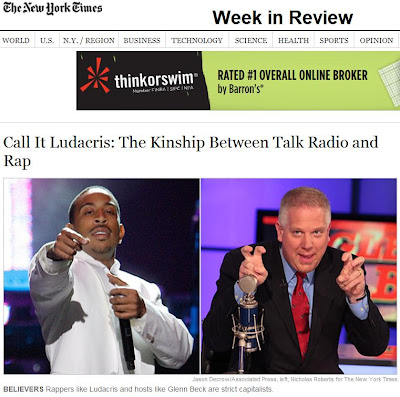 Apparently, these are offensive qualities to a state-run media reporter at the NY Times traveling through America’s Heartland.