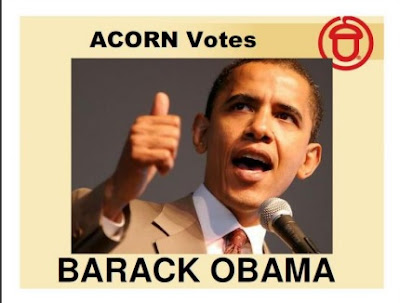 Here’s a reminder… Obama and ACORN are connected at the hip.
The Daily Kos reported on this back in 2008:

When Obama met with ACORN leaders in November, he reminded them of his history with ACORN and his beginnings in Illinois as a Project Vote organizer, a nonprofit focused on voter rights and education. Senator Obama said, “I come out of a grassroots organizing background. That’s what I did for three and half years before I went to law school. That’s the reason I moved to Chicago was to organize. So this is something that I know personally, the work you do, the importance of it. I’ve been fighting alongside ACORN on issues you care about my entire career. Even before I was an elected official, when I ran Project Vote voter registration drive in Illinois, ACORN was smack dab in the middle of it, and we appreciate your work.”