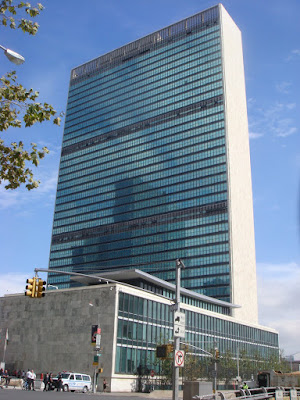 It was a hot fall day in New York City. The temperature was in the low 80’s. But, several hundred Iranians came out anyway to protest against Mahmoud Ahmadinejad who is speaking to the General Assembly this evening.
The AP reported:

Hundreds of people have gathered near the United Nations to protest Iranian President Mahmoud Ahmadinejad and claim that his June election victory was fraudulent.

Many protesters covered their faces to avoid being photographed.

Here are a few pictures from outside the United Nations. 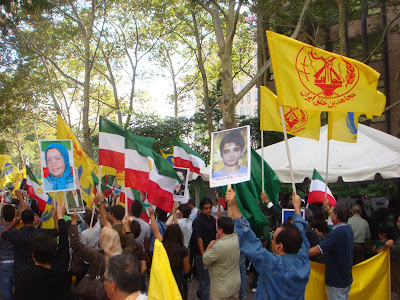 The Iranians who organized this protest had speakers and screens where they played videos of the recent uprising and violence in Iran including the shooting death of martyr Neda Agha-Soltan. 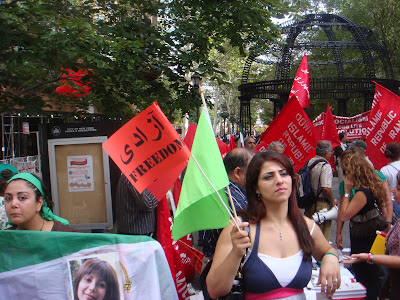 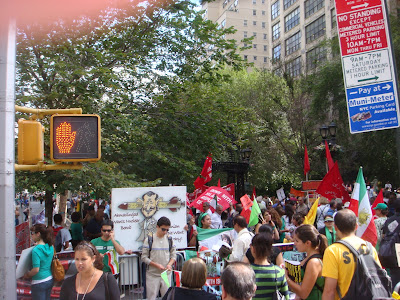 There were also a few questionable groups represented at the protest today. 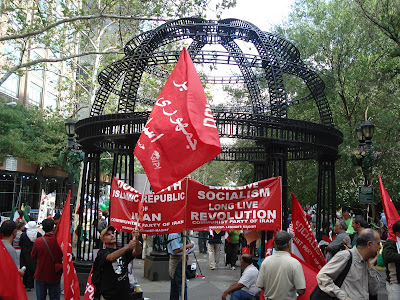 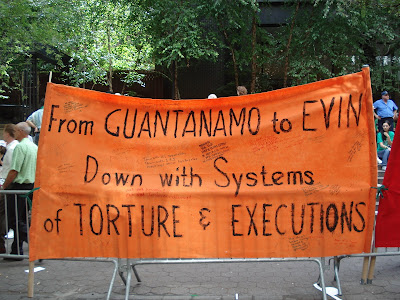 Tomorrow there will be another Iranian protest at the UN.
The “Stand for Freedom in Iran Rally” will hold their protest outside the UN on Thursday.