The next time the wee-wee-weepy-whiney left and President Pantywaist cry about the treatment they are getting at town hall meetings, show them this.

President Bush has been out of office for 9 months and the Hollywood leftists are still bashing him. 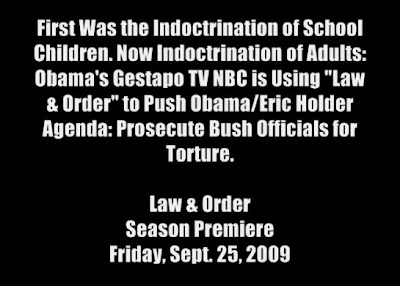 Hey Hollywood– This may came as a surprise but America is angrier today with the radicals in Washington than they were when Bush was in charge.
When will we see the Obama-bashing episodes?