GET READY… THEY’RE GOING TO RAM IT THROUGH— 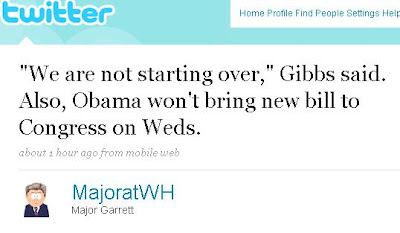 There’s no new bill. Obama won’t bring a new bill to Congress on Wednesday.
Obviously, the town hall meetings were not for information gathering.

UPDATE: Both Pelosi and Reid told President Obama today that they have the votes to nationalize health care.
ABC reported:

Both leaders told the president that despite the difficult rough and tumble of the legislative process in the last few weeks, they are optimistic that both the House and Senate can pass health care reform legislation.

What will be in the bill remains an open question, though after the meeting, Reid told reporters that “we’re going to do our very best to have a public option or something like a public option before we finish this work.”

Still More… Americans would be fined up to $3,800 for failing to buy health insurance under a the democratic plan.