Dear Leader will address the beloved youth on September 8th. 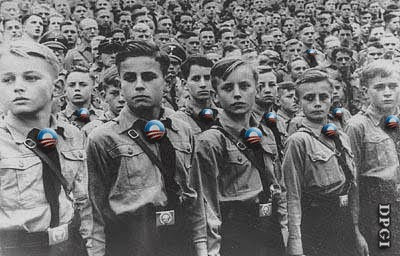 In an unprecented move, President Obama will address the nation’s youth at their institutions of indoctrination.
The White House even released a list of questions for the youth members to discuss before, during and after Dear Leader’s blessed address, such as:

• Why is it important that we listen to the President and other elected officials, like the mayor, senators, members of congress, or the governor? Why is what they say important?

• As the President speaks, teachers can ask students to write down key ideas or phrases that are important or personally meaningful. Students could use a note-taking graphic organizer such as a Cluster Web, or students could record their thoughts on sticky notes. Younger children can draw pictures and write as appropriate.

As students listen to the speech, they could think about the following:

• Students can record important parts of the speech where the President is asking them to do something.

• Students might think about: What specific job is he asking me to do? Is he asking anything of anyone else? Teachers? Principals? Parents? The American people?

Not every parent will allow their child to participate in the indoctrination.

Rosita wonders if they’ll end the session with a spooky Obama sing-along: