Fear-Mongerer in Chief Barack Obama addressed a joint session of Congress tonight on his intent to nationalize health care.
He continued to push the same plan that is rejected by a majority of Americans.

Obama is pulling out the lipstick tonight…
He’s gonna doll up that pig:

Barack Obama warned that more Americans will die if Washington again does nothing to expand care and cut the costs of health care insurance.

He also said that no one will have to change plans under his plan.
Untrue. 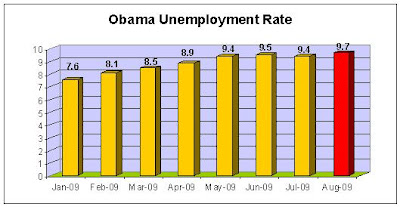 He says he pulled it back from the brink.
How’s that?
The economy has not been in this bad of shape in decades but Obama wants you to trust him with your health care.

Barack says he is “determined to be the last president” to bring up the health care challenges. –He wants to be the one to nationalize it once and for all.
Obama points out a woman died after she did not declare her acne to her insurance company?
Hmm.

Obama says there is agreement on about 80% of what needs to be done?

We’ve seen the same partisan bickering and scare tactics and too many scored short term political points.
Now is the season for action.
We must bring the best ideas of both parties together.
(Obama hasn’t met with GOP leaders on health care since April.)

Lie- Obama says nothing in the plan will require you to change what you have.
Not true.

The teleprompter is rockin.

Misinformation–
Bugus claims by those whose only agenda is to kill the plan.

Obama takes on Palin and death panels.
“It is a lie plain and simple.”

Illegal immigrants–
They will not be covered.
Someone just screamed “liar.”
** Here’s the video.

Abortion will not be covered.
This is not true.

Obama pushes the public option but says he doesn’t want to take over insurance industry.
Not true.

Of course, Obama plays the Teddycare card.
Talks about letter he got from Teddy from his deathbed.

The socialist ends his speech by giving an emotional plea for big government.
Yuck.

That was his 28th speech on government health care.