Out of the dog house? 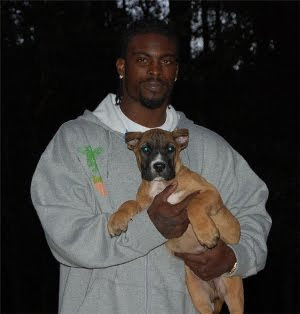 Dozens of protesters greeted Michael Vick to Philadelphia on his first day to back to the NFL after serving gime for dog fighting.
The AP reported:

Dozens of protesters and a stinging newspaper headline greeted Michael Vick on his first day back in the NFL.

It could’ve been worse. This is Philadelphia.

Vick picked a tough place for a second chance. The City of Brotherly Love is known more for its nastiness than a forgiving nature.

“I know everybody is asking, ‘Why Philadelphia?'” a somber Vick said Friday, a day after signing with the Philadelphia Eagles. “First off, I think it is one of the flagship organizations — great tradition, great staff, great organization, winning team. I just want to be a part of that great tradition and give this team every opportunity to win a Super Bowl.”