Astroturf Alert–
Organizing for America, which is the successor organization to Obama for America, held a pro-Obamacare rally last week in front of U.S. Rep. Mark Schauer‘s district office in Jackson, Michigan.
The Obama Administration and their SEIU supporters bussed in protesters from as far away as Muskegon and Detroit. 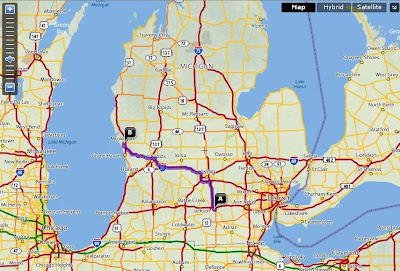 So who’s paying for these busses?

Smoke & Mirrors–
The SEIU members were bused in from as far away as Muskegon and Detroit.
Chris Gautz investigated this story after omitting it from his original report.
MLive reported:

The chief criticism was that we failed to mention that some supporters were bused in from around the state.

It is true, and it wasn’t included in the original story, but not because we were trying to slant coverage. The simple truth is it was a difficult fact to nail down.

You’re reading this story today because Tuesday I was able to confirm with the Service Employees International Union that it rented vans and encouraged people to carpool to the event. About 100 SEIU members attended, from as far away as Muskegon and Detroit, said Zac Altefogt, a spokesman for SEIU Healthcare Michigan.

While covering the rally last Thursday, myself and another reporter were told by several opponents of the reform plan that supporters were bused in. But we did not see the buses that night and were unable to pose the question to the supporters’ organizer before our deadline.

We left it out of the Friday story because we cannot print speculation as fact.

On Friday, we followed up with Organizing for America, which put out the call for supporters to attend the event. OFA state director Aletheia Henry assured us that her group had not bused people to the rally.

We wrote a short follow-up Saturday and thought it was resolved.

Then this week, some readers e-mailed us photos of supporters standing in front of a bus from Trinity Transportation parked several blocks away near Family Video, 1111 W. Ganson St.

My colleague followed up with Henry. We told her we understood OFA hadn’t chartered the buses, but we wondered if she knew who had. She refused to answer the question and then hung up the phone.

Seems like an overreaction to a news organization simply looking for a straight answer.

I give credit to SEIU for not being ashamed to let the community know they used mass transit to get their members to the rally.

Here’s a reminder– ACORN, Obama and the SEIU go way back.