Organizing For America held a rally in support of Obama’s Health Control Bill tonight at the IBEW Hall in St. Louis. (Of course, it was at the union hall.) The IBEW Rally is part of a bus tour organized by OFA, which will hit 12 major cities/states, one of which was St. Louis. 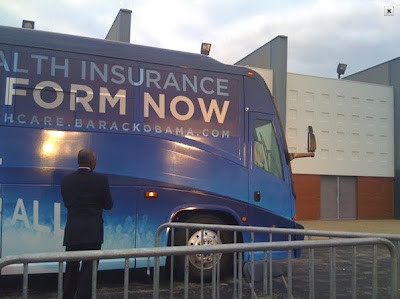 Photo via The Dana Show 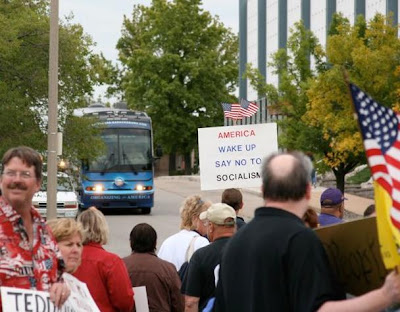 Of course…
They rolled out the “Let’s Do It For Teddy” signs. 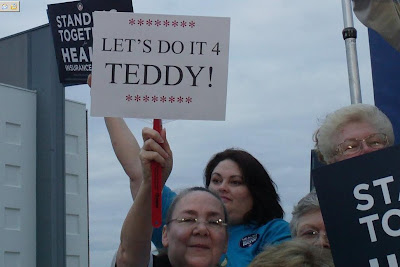 Sharp Elbows took this from inside the union headquarters– 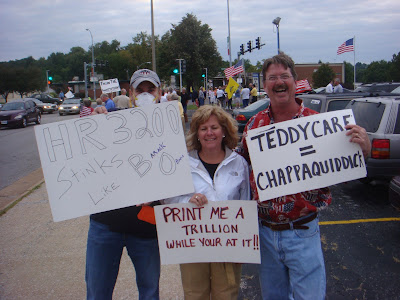 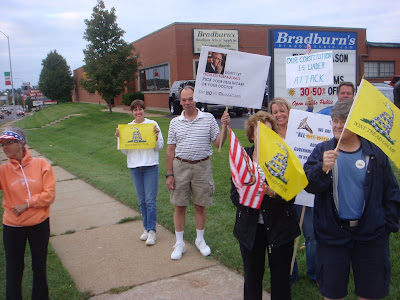 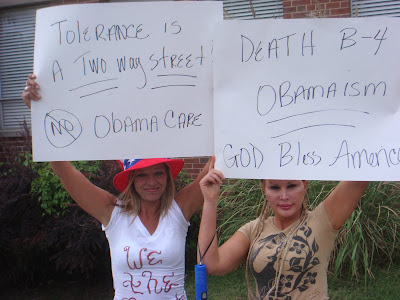 Here’s one of the chants outside the union hall rally– “Read the bill!”

It was nice of the union to allow Team Obama to hold their rally at the hall tonight…
You don’t suppose it had anything to do with the fact that Obamacare will bail out the bankrupt union pension plans, do you? 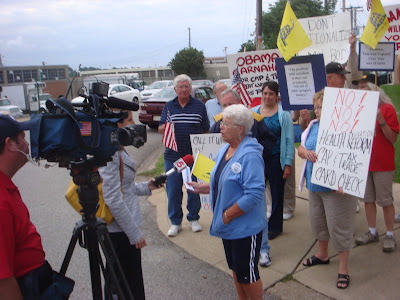 The local media interviewed a few of the Tea Party Patriots.

More… Sharp Elbows has video from inside the union rally.

And, Patch put this “Astroturf vs Grassroots” video together from last nights rally: